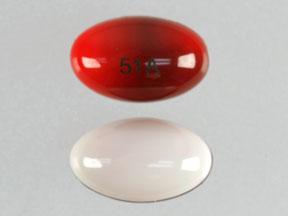 As a dude who gardens rather enthusiastically, I consider a weed to be “a plant growing where it’s not supposed to.”

The issue at hand is NOT the intrinsic goodness or badness of the plant. Rather, the issue is a matter of when and where. I do not want stray mustard growing in the midst of my beans, or beans shading out my carrots. Some plants are pretty and useful, but I want them growing where they belong, rather than where they compromise other plants.

Sometimes, a perfectly useful plant does damage to other plants just by virtue of its location. It is the location that makes it bad, and defines it as a weed.

When growing seed, this becomes even more of a problem, as closely related, though very distinct vegetable varieties can interbreed, thus causing unpredictable outcomes. For example, the species Brassica oleracea includes cabbage, broccoli, cauliflower, brussel’s sprouts, kale, etc. These are obviously very distinct plants, each with desired characteristics. But if I am growing Broccoli for seed, any kale that is flowering anywhere near it is a problem and a weed.

Thus we can understand that it is not necessarily the characteristics of a group of people that are a problem so much as their location, and that the problem is not that they are necessarily intrinsically good or bad, but that *diversity*, them being in the wrong place, that makes for undesired outcomes.

Although a certain amount of “edge case diversity” has always been present in human populations, above a very minimal threshold, it is destructive. This is why Yugoslavia and Czechoslovakia no longer exist.

Nationalism is not an ideology, but rather a recognition of the reality of “a place for everything, and everything in its place” such that human groups can thrive. Nationalism simply recognizes that diversity, like a weed in the garden, is bad.

Diversity beyond a tiny edge-case threshold always and everywhere, no matter the groups involved, creates conflicts and problems that inhibit society, suck its resources, divert its attention and so forth.

It’s like that meme of a guy in 1950 imagining that in 2020 we’d have flying cars, but instead, because of diversity, we have people complaining that a certain rock on a university campus is “racist” and our resources are diverted to removing the rock.

That’s the cost of diversity, and why it cannot be tolerated.

It’s not that X or Y or Z group is bad, but that the very circumstance of diversity itself is bad, and will bring out the worst in these groups, and must be ended.