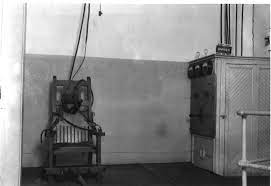 Whereas we find that treason most foul against one’s host nation is among the most abominable of crimes,

Whereas such treason is a high crime for which the traditional penalty is death,

Whereas at one time there were patriotic persons in government who understood this,

Whereas, as symbol of this, Julius and Ethel Rosenberg were executed on June 19, 1953 having been found guilty beyond any reasonable doubt of high treason,

Whereas revelations from USSR archives since that time have only validated that finding and execution,

Now therefore, be it henceforth known that we, the Regents of the European American Nation declare June 19th, commonly known as “Juneteenth” to be a National holiday of solemn reflection on the proper punishment of treason against the nation, formally known as “Justice for Treason Day.”