HomeUncategorizedThe Assault on the US Capitol Was a Rebellion Against a New...
FeaturedUncategorized 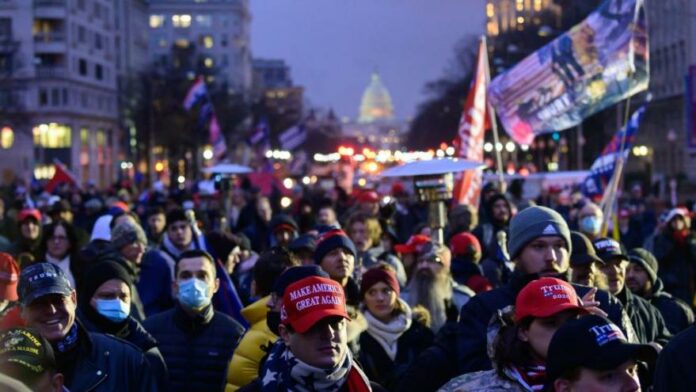 For nearly a full day effete pampered lawmakers lived in fear as they realized the angry mob outside, whom they have viciously attacked and slandered for decades, were seeking redress.

The events in Washington are the result of half of American society being humiliated for years by the liberal-left media machine, writes author of Salon24.pl blog Grzegorz Gołębiewski (Poland).

Two hundred years of American democracy has just fallen into ruin. The rigged — or not — presidential elections were in actuality merely the last chord of the political battle between two worlds in which one — the liberal and partially radical leftist world — prematurely believed that the old and White America, based on freedom and Christian roots, had been ultimately defeated.

The assault on the Capitol in Washington is not a solution to the unprecedented social division which has taken place in the US ever since the city elites of the East and West coasts decided that Donald Trump must be defeated at any cost. This is because he symbolizes the world which must vanish once and for all, so that the brave new order of liberal democracy may conclude the history of the traditional world divided into competing nations.

What happened on Wednesday in the Capitol was not only predictable but inevitable. The huge media machine of liberal television stations and websites has for years been rolling over not only Donald Trump and the Republicans, but had told half of all Americans: You from the South and from the rural provinces; you are worst, and your statutes deserve to be torn down and your world is nothing more than an anachronism.

This is not only about questioning the result of the elections.

This is rebellion against the totalitarian America from under the sign of the Black Lives Matter movement, which in the name of democracy, equality and fighting racism is trying to install an order taken straight out of university campuses in which the terror of political correctness has reigned for years.

This is why the assault on the Capitol cannot surprise us, because Trump’s voters, and there are more than 70 million of them, feel highly threatened and excluded.

Perhaps this is a taste of what awaits us soon in Europe. Not everywhere and not immediately, but at some point — also due to exhaustion with the pandemic — conservative voters will no longer bear the attempts to impose a new cultural order, which is an order in which you can be free only if you believe in the imposed system of values which is often entirely alien to you.

The appetite for cultural revolution from the activists centered around the Women’s Strike, Gazeta Wyborcza or the residual elites, may be met with a similar reaction to that in Washington. This would not be a desirable scenario for Poland, and no one reasonable wants such a thing, but at this moment it is worth looking at America, where the liberal offensive has reached the scale of a cultural war against the conservative part of society.

What has happened in the Capitol is a historic and symbolic moment in the history of not just American democracy, but for the world. Even if the dramatic events in Washington end peacefully and Joe Biden becomes the 46th President of the United States, the deconstruction of the world order which we know and which we live in may sharply accelerate. This will create political consequences which we are unable to foresee.

We can appeal for caution, and this process may yet be stopped, but I personally fear that nobody will stop the machine from abolishing the old order.