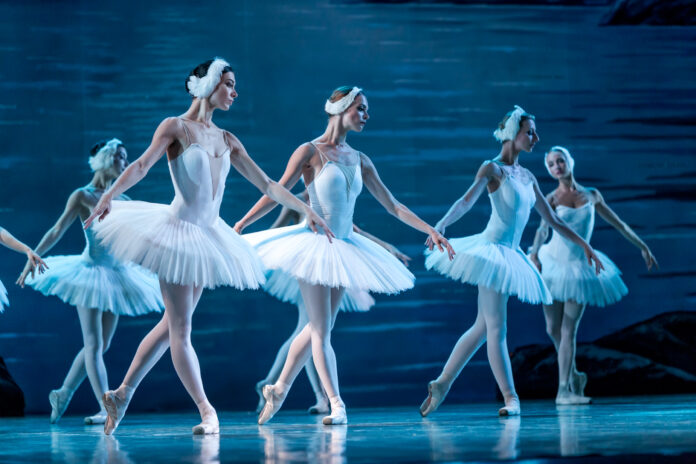 Swan Lake? The Nutcracker? The Yankee Princess? Black Lives Matter say no. This is what happens when moronic and dangerous inferiors get their claws onto high Western culture.

The recently appointed director of the Paris Opera House, Alexander Neef (photo), plans to remove three of the best-known ballet choreographies from the repertoire on account of those allegedly promoting White dominance, Neef told Le Monde.

The three ballets in question are The Nutcracker, Swan Lake and Die Bajadere (English title: The Yankee Princess), all choreographed by the late Rudolf Nureyev, considered the best ballet dancer of his generation, according to Origo.

The conflict goes back to September, incidentally, the month when Neef was appointed director. Then the artists of the Paris Opera House issued a manifesto entitled “On racial issues at the Paris Opera”, in which they said, among other things, that performers of colored skin will refuse to be masked as white when, for instance, dancing the role of a white swan.

While the management of the Paris Opera House denied the information in a somewhat lukewarm manner, French-Canadian academic and political commentator Mathieu Bock-Côté, in a commentary in Le Figaro, attributed the issue to the Black Lives Matter movement.

“The motivations behind this are easily guessed. Since the George Floyd affair, as is now the ritual discourse of the racialist movement — which would like to make it the Zero Moment of a world conversion to diversitarian orthodoxy — the ‘racialized people’ working in The Paris Opera would have become aware of the repeated “micro-aggressions” they would suffer there for a long time,” Bock-Côté writes in his article entitled “Racial obsession reaches the opera”.

According to Le Monde, the three ballets in question have been targeted for the following reasons. In Swan Lake, the white swan is symbol of good while the black swan that of evil. In The Nutcracker, critics found issues with the Arabic-themed dance Coffee, while in The Yankee Princess — written by Hungarian composer Imre Kálmán — a dance scene involving Black children was questioned.

The news of the three ballets being canceled follows what is amounting to a cultural revolution that is sweeping film, literature, television, and art. Movies such as “Gone With the Wind” have been removed by HBO’s streaming service over racial issues while shows have been canceled for not being politically correct enough. Earlier this year, the University of Rhode Island in the United States even removed World War II murals because there were too many White people depicted on them.

Even libraries have not been immune, with librarians in the United Kingdom removing a range of books in attempt to “decolonize and diversity” while statues and monuments are being torn down across the West, but critics are warning that attacking history in such a manner stands as a threat to Western civilization and an attempt to rewrite history.