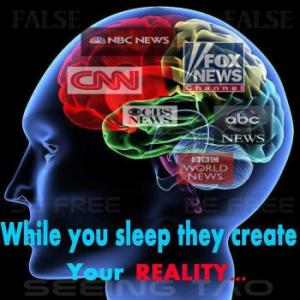 Yes, the media is a one sided, viciously partisan cartel. But this is not new, is it? The author here won’t say it but we will: following the Second World War, the media has been all in on the replacement and utter marginalization of White America.

NEW YORK—Election-night fever is heating up, and I hope the party I’m giving on the evening of Nov. 3 will not end in fisticuffs. All my guests except one are Trump haters, so my dinner looks a bit like the Last Supper in reverse. Never mind. Many who pretend to know are predicting a Biden landslide, including yours truly, so at least I’ll have a reason to drown my troubles in very good Frog red, and serve my guests ordinary Dago white.

Yippee! Even without a pandemic and Trump’s misstatements, it would take a miracle for The Donald to win in view of the Goebbels-like attacks against him by what is supposedly neutral news. Never before have the media been so open in cosseting Biden and protecting him, while discrediting everything that Trump has accomplished. The president is openly blamed for the unemployed when even children know that Trump had lowered unemployment to its lowest level in sixty years. Smug TV pundits and columnists hammer away each day and night on the evils of Trump: “The horror never ends, replaying 2016 in an endless loop with doses of fear, stress and loathing,” was a New York Times headline written by a hysterical woman this week. The Biden scandals have been covered up and described by a lone conservative writer as “the opposite of a feeding frenzy.” Hunter Biden’s sleazy business affairs have a lid on them imposed by the liberal powers that rule the media, Big Tech, and the entertainment industry. Better yet, the press and TV media work hard to discredit any story that doesn’t toe the anti-Trump line. I’ve worked as a journalist under the strict censorship of the Greek colonels (it suited me fine then), but this is much worse. Every TV show is redolent with anti-Trump jokes and stories, every news hour filled with anti-Trump venom. I’ve never experienced anything like this. Perhaps during Mao’s cultural revolution of the ’60s, but I had better things to do back then.