Two top English private schools have defended their decision not to accept a benefactor’s offer of scholarships for disadvantaged white boys.

Winchester and Dulwich colleges have declined the offer – reported to be worth over £1m – by a former pupil from both, Professor Sir Bryan Thwaites.

The schools say they do not want to put ethnic restrictions on who can benefit from financial help.

Sir Bryan says he is now looking for state schools to accept his offer.

The philanthropist, who is 96 and plans to leave the funds in his will, attended Dulwich until the start of the Second World War, and then went on to Winchester.

His parents could not have afforded the fees for him and his brother without the aid of scholarships.

Sir Bryan says he wants to help white boys from disadvantaged backgrounds because they perform worse at school than their counterparts from other ethnic groups.

Sir Bryan told the Times newspaper that this was why he wanted to make a leading education available to others and believed the institutions were wrong to reject his offer on the basis that it was based on race.

He told the Times: “I have done a lot for both schools over the years and have been closely involved in them.

“All the more, therefore, do I feel that both schools have made a strategic mistake in their interpretation of legislation.”

News of the scholarship offer first appeared in an article in the monthly magazine Standpoint by Trevor Phillips, the former chair of the Equality and Human Rights Commission.

Mr Phillips wrote that “Sir Bryan wanted to do the right thing by families who need support” and said that the Equality Act of 2010 was not designed to favour people of colour, but to ensure equality.

In August last year, the rapper Stormzy announced he would fund two black British students to go to the University of Cambridge. 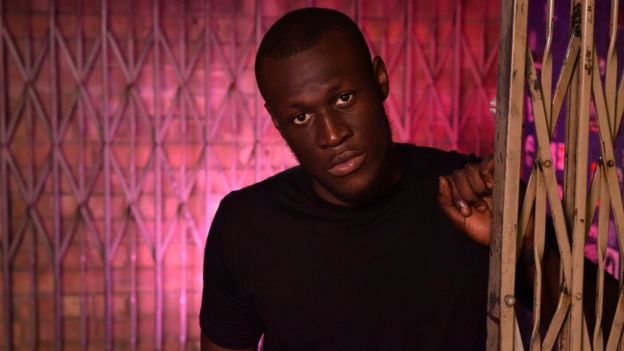 Stormzy the rapper, of whom the press takes no issue with his racial activism. Let some white heavy metal musician do the same thing and his career would be over. –ed.

The star said there was “a whole bunch of academically brilliant, excellent students” who needed an incentive to aim for top universities.

In his single, Crown, Stormzy addressed some of the negative reaction to his decision to offer the scholarships, rapping that it is not “anti-white, it’s pro-black”.

Winchester, a boarding school which charges £13,903 per term, and Dulwich, which charges £7,082 a term for day boys and £14,782 for a term of full boarding, are among the most exclusive schools in England.

At Dulwich, there are currently 191 pupils from Year 3 to Year 13 who are in receipt of a means-tested bursary, the school said.

“The college’s ambition is for 50% of pupils at Dulwich to be in receipt of fee relief through scholarships and, increasingly, means-tested bursaries. This figure is currently 30%,” it said in a statement.

A spokesman for Winchester College said: “The school, in common with many universities, has outreach schemes aimed at carefully selected and under-represented communities. These schemes operate successfully and are regularly reviewed.

“The school will continue to discuss with benefactors the effective delivery of their intentions.

“But the trustees are clear, having consulted widely, that acceptance of a bequest of this nature would neither be in the interests of the school as a charity, nor the specific interests of those it aims to support through its work.

“Notwithstanding legal exceptions to the relevant legislation, the school does not see how discrimination on grounds of a boy’s colour could ever be compatible with its values.”

Master of Dulwich College, Dr Joe Spence, said: “We are extremely grateful to the many benefactors who support the College’s bursary fund. Their generosity means we are able to offer academically able boys a place at Dulwich College.

“I am, however, resistant to awards made with any ethnic or religious criteria. Bursaries are an engine of social mobility, and they should be available to all who pass our entrance examinations, irrespective of their background.”

See source for more on this story…

Are We Ready for Slave Reparations?

Too White to Study Medicine