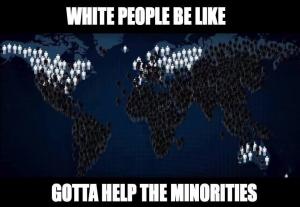 Everyone wants to skip step zero (infrastructure) and go to step one (movement).

This is understandable for many reasons. Movements are exciting, they are immediately goal directed, they give instant feedback and so forth. They make us feel like we are doing something. Once someone gains an understanding of just how dire our situation is, the desire for action — action that is as direct as possible — is so overwhelming that one can hardly sit still. Telling someone to hold back under such circumstances is less than satisfying to say the least. It’s like seeing that your neighbor’s house is burning with kids inside, and being told not to help. But when you think about it, if you can hold still and just think, you realize that your odds of success are far greater if you don some protective gear because without it, you will just add your own dead body to the pyre and the kids will die anyway. Before you can save the kids, you need step zero: safety gear.

They all failed because they skipped step zero for a movement.

Our history classes have presented us with an illusion that we all buy into. The illusion is that the Civil Rights Movement was step zero, and that the Civil Rights Movement actually changed things, and was fighting against a status quo that it reformed. Because we buy into this illusion, we keep attempting to duplicate something we think was successful.

But realize that your enemies are never going to give you the recipe for their own destruction. Instead, they will give us a recipe that doesn’t work. For seventy years we have had various activist movements that gathered together crowds of various sizes to express our desire for change. We have had letter writing campaigns, civil disobedience, mass demonstrations, and even (on thankfully rare occasions) pockets of violence. And we are worse off than we were before. Why?

Because the recipe we were given in the form of the civil rights movement is a lie that, if we follow it, simply identifies us for destruction while lending credence to their own pre-established narratives justifying their paranoid internal security state. Thus, we have so-called “white supremacists” high on the list of potential “terrorists” justifying Maoist-style internal spy apparatus.

A closer examination of what really happened with the civil rights movement of the 1960’s shows that the activists of that period had considerable backing. They had bus loads of lawyers, a sympathetic media, bail money at the ready and even jobs ready and waiting for them so that if their identity was revealed, they took jobs in sinecures in universities where they got a pay raise.

Consider, for example, the case of Bill Ayers. Bill Ayers was a co-founder and leader of the Weather Underground, an ostentatiously militant leftist organization. They didn’t just speak about violence or vaguely allude to it. Although nobody is taught about this in history class in school today, the organization he led successfully bombed such targets as the State Department (where they wiped out three floors and destroyed twenty offices), the Pentagon, the Capitol, various military recruitment centers and even police departments. (As crazy as it might seem to us today, leftist organizations conducted an astonishing 2500 bombings in the United States between 1971 and 1972. Bombings were so common that they didn’t usually make national news.)

Yet, somehow, even though his identity was known, he managed to “evade the FBI” for years until all charges were dropped, and soft-landed into a cushy job as a college professor at the University of Illinois.

How can that be? And he is far from alone. How is it that we can end up with all sorts of problems or spend our lives in jail for merely failing to counter-signal an informant strenuously enough, yet people in charge of thousands of ostentatious bombings of high profile targets can retire in luxury from high status jobs? How is it that a teacher merely expressing the desire for white people to live will get doxed and lose her income, while real live terrorists garner accolades?

The reason is because the teacher is against the system, while those who planted bombs actually worked FOR the system.

In other words, before these leftist bombers ever lit a fuse, there was already considerable support infrastructure in place. And this is because they were doing something that the powers-that-be WANTED them to do, and SUPPORTED them, because they were simply being used as an excuse to put forward policies that they ALREADY WANTED TO DO.

Let me repeat this a different way. The powers that be already wanted certain policies that would have been unpopular with the public. This included bankers, the permanent bureaucracy, media, academia and all the people who keep blackmail information on politicians to keep them in line. So they financed and ran interference for the civil rights “movement,” portraying it as “grass roots” and then pretending to capitulate to them.

It is the same model as Antifa and BLM today. These organizations are bankrolled by major corporations to the tune of billions of dollars, they have the support of prosecuting attorneys, and there are full time professors in colleges giving them millions of dollars with of free research and infrastructure. So they can burn down a town without any repercussions, while our asses will be grass if we so much as start a campfire in our own backyards without a permit. Antifa and BLM raise a ruckus, maybe get arrested only to be quietly released with charges dropped later, and then the government and corporations that funded them will “capitulate” to “demands” for things they already wanted to do. See how that works?

Today, when someone on our side is made public, they lose all sources of income more or less permanently. Some of these people have great personalities and can make a living in some form of entertainment. But not everyone has such skills, and as a result quite a few languish, end up living far suboptimal lives, or even get pushed to suicide.

And this is because, unlike the activists of the civil rights movement, BLM or Antifa, we lack infrastructure. That is to say that we do not have many companies which will, for example, employ an engineer at comparable wages or provide a soft landing, legal support and so forth.

So we need to start from step zero: infrastructure.

That is, we need our own businesses and our own parallel institutions and economy to SUPPORT and backstop the people engaged in civil rights struggle.

Without this, we are just preferentially selecting brave people to make sure they have no resources to have kids so we can breed courage out of our gene pool.

There IS a time for movement, but that time is after some degree of infrastructure is in place. Consider an army. They have supply clerks, procurement operations, medical staff and so forth all ready before they ever mobilize. To send out your warriors without even the support to refill their canteens is to doom them to death, no matter how righteous their cause or how great their enthusiasm. People truly on our side are rare and incredibly valuable. Their well-being should not be gratuitously risked unless infrastructure is in place for their support.

Supply clerks might not be glorious, but if you remember the old story, for want of a nail, the war was lost. Let’s make sure we have the nails we need.