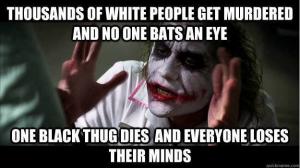 One of the most frustrating aspects of the modern power structure can be called its “informality.”

In 1911, Robert Michels put forth his Iron Law of Oligarchy. The gist of his finding is that all forms of human political organization that attain much size will ultimately become an oligarchy. This is because no matter what the formal structure may be, tasks will need to be delegated to certain individuals. These individuals gain importance and influence due to the fact many of the tasks they perform are critical, and over time their power becomes substantial. The members of the oligarchy then use their power to promote people loyal to their interests and so this state of affairs will continue across generations.

Oligarchic power is transferred, then, between trusted parties. (This is an important concept that will be explored in other articles.)

In and of itself, this is just a fact of human existence that has no moral content. Anyone with experience in a small church will recognize the same dynamic. A church needs certain tasks accomplished, including the very mundane task of making sure there are paper towels available in the kitchen. Those who step up to perform those mundane tasks gain importance and ultimately influence. Eventually all churches are run by influential oligarchies composed of people who pick up flowers before service, put toilet paper in the dispensers, run the church web site and so forth. And if these are good people, the church runs smoothly and every service starts on time.

This is just an aspect of reality, and the concept scales all the way from small churches to corporate bureaucracies to entire governments.

So the existence of oligarchy in and of itself is not necessarily bad. Where a problem enters the picture is when formal and informal power get too far out of sync.

In the older aristocratic models, people held power almost entirely due to accident of birth. It was also quite formalized, and everybody knew who was in charge and therefore who was responsible. Formal power lets everyone know who has authority, who has responsibility and thus, in the event of failure, whose house to stand outside with torches and pitchforks. This tends to keep abuses in check because the formality makes it hard to pass the buck or deny responsibility.

In the American system, most strictly, formal power is held by “the people” who delegate that power to elected “representatives” who exercise formal power on their behalf. Almost from the very beginning, the problem of moral hazard is evident because those who are responsible are “the people” whereas those who hold authority are “representatives.” Whenever you separate authority from responsibility in such a way that the very people harmed by a malicious act are blamed for it, you create antisocial incentives and remove prosocial incentives.

But in the American system it takes yet another step beyond this. Because our officials are selected via a popularity contest among a population so large that few ever actually meet said officials, who wins an election is largely determined by informal actors such as media, providers of campaign funding and so forth.

And thus, sovereignty shifts. Sovereignty can be thought of as holding a position of power that nobody can take away from you. It can also be thought of as having the power to interpret the rules, change the rules, and create the rules. In the American system, our legislators don’t even write their own legislation. It is written for them by industry groups, academics, NGOs and so forth.

Our legislators can be removed from office at any time by any of the informal wielders of power simply through unfavorable emphasis on news items. On the other hand, there is no mechanism to remove the six great media oligarchies, the banking cartels and so forth.

And this structure explains why the so-called “deep state,” which consists of a permanent bureaucracy protected by law from being fired, had the power to undermine all of President Trump’s initiatives. It also explains why, no matter who is elected, we never regain our freedoms but instead they are progressively lost. Our formal power structure serves and answers to an informal power structure that most people don’t even realize is running the show.

That is just an introduction before I get to the crux of something that I think will ultimately work in our favor.

The American system is so incredibly resistant to reform because its actual power structure is hidden and diffuse. There is no one, or two, or even 100 people we can point to as responsible. And those who hold power, most often even deny that they have it. More recently, some such as the new York Times have let it slip, stating that it was they who held the sole power to declare the winners of elections. But most often, it is hidden. Much of the legislation passed in this country is written by NGOs nobody has ever heard of.

But it is not just power that can be either formal or informal. Law can be also. Particularly, the net results of the discretion employed by those who are supposed to uphold it.

One of the more blatant examples of this was Lois Lerner under the Obama administration systematically denying tax exempt status to right wing groups such as the Tea Party. More recently, we see this with Antifa/BLM being allowed to do almost anything they wish with zero retaliation, whereas the Kenosha Kid was charged with murder for defending himself against an armed mob intent on his death. Administrative and prosecutorial discretion can create an environment where all the laws are written with no bias at all, but the end result is a clear and systematic targeting of particular people. But since everything is informal, there is no way of proving it, or fighting back against it.

The situation with what we now broadly call Affirmative Action is similar. Although under law it is illegal to discriminate against someone for being born white, numerous court decisions have held that “diversity” is so incredibly important that it is, in fact, legal to discriminate against white people in education and employment. But pointing this out to someone is difficult, because it is laws linked to court decisions linked to administrative policies linked to more court decisions. People who are paying attention can SEE the effects, but because it is all informal, it’s hard to unravel.

Enter our hero: Libby Schaaf, the Mayor of Oakland California.

Recently, Ms. Schaaf, a regular attendee at Temple Sinai, announced the city’s partnership with a private program that will provide $500 a month as a subsidy to poor families in the city she manages. Except for white people. White people, no matter how poor, no matter that they are homeless, get nothing.

The program is funded by Oakland Resilient Families. Their website does not directly reveal their leadership, but claims to have been inspired by Schaaf, and to be run by a combination of other NGOs including the Family Independence Initiative, Mayors for a Guaranteed Income and Oakland Thrives. Digging through these you find the typical pattern of utterly diffused responsibility.

Either way, this is the part that is key: the Oakland mayor has now clearly and FORMALLY put forth an EXPLICIT, government-endorsed and very unambiguous policy of discriminating against European Americans.

Making it clear, formalized and unavoidable is a big part of help European Americans get their heads out of the sand. And for this, we are thankful to the Honorable Ms. Schaaf.