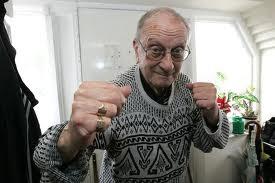 Yet another loyal Facebook and PBS consumer, Ahmad Al Issa, a self-described devout Muslim, has mounted a mass-murdering campaign against European-Americans.

It would be pointless for me to specify that such an action is objectively wrong, objectively evil and cowardly, even though all these things are true.

But we live in a country where the taxpayer dollars of our own government fund the genocidal rhetoric against us from college professors, and the Official Media can’t get enough of dehumanizing us to justify and even inspire our ethnic cleansing.

As one example, Trinity College Sociology Professor John Williams wrote an op-ed piece about a month ago in which he referred to “whiteness” as being, inherently, “mental and physical terrorism.” He had previously written that anytime a white person is faced with mortal danger, the moral thing to do is “Let them fucking die.” He even made a hashtag for how to properly treat white people in need of help: #LetThemFuckingDie

Williams is not just some random student for whom free speech might be easily argued. He’s a full professor. An authority figure. Part of the academic priesthood of the country. A man to whom people will listen, due to his clout and authority.

Also, Williams is a black man, holding a position, security and salary completely outside what 99.99% of European-Americans can ever even dream to achieve, while he rails against what he calls “white supremacist heteropatriarchal capitalist power.” He’d be someone to poke fun at, just for such phrases, and just for his blindness to his own irony, were it not for the fact his words are part of a matrix that causes the deaths of so many innocent victims.

Please consider. Williams is a full professor at a college that accepts Federally guaranteed student loans, Pell grants and so forth. This means that some or all of his salary is either paid, or guaranteed by, federal tax payers, most of whom are the people whose very existence he deems to constitute mental and physical terrorism. The government keeps paying him.

If I were running a college whose professors publicly and openly published such statements about any other ethnic group, not only would it immediately lose all federal funding if I didn’t fire the professors, but our accreditation would be instantly removed, thereby rendering any degrees we might confer to be worthless. But Trinity College has maintained both its funding and accreditation while keeping such professors on the payroll.

This means that the US Federal Government, under both the Trump and now Biden administrations, is actively supporting the public expression of such views by acknowledged authority figures.

Williams is far from the first. This problem has gone on for decades, with people occupying prestigious and highly remunerated positions of authority in academia being paid, and thus endorsed by the government, in delivering such messages.

Of course, the Hartford Courant is a privately owned newspaper, so they had no obligation to publish Williams’ material. Yet they did so anyway. And although Williams has scrubbed some of his past material from Facebook so his original hashtags are no longer present, Facebook likewise saw no need to censor those views, though they are more than happy to censor practically everything else. And now that he has killed, they scrubbed Issa’s uncensored radical rantings from their platform.

The Official Media really can’t get enough of dehumanizing and spreading hatred against European Americans. Some example recent headlines:

“Check Your Privilege: Clothes White People Shouldn’t Wear”
“Help: Our Campus is too White”
“Santa Should not be a White Man Anymore”
“Prof: Some White People May Have to Die”
“America’s Getting less White, and that will Save it.”
“Want to Heal Yourself from Toxic Whiteness? This Class can Help.”

Ahmad Al Issa pulled the trigger. He pulled it a lot. And when he did, he killed ten innocent European Americans. But he did not act alone. He acted as part of a deliberately created Zeitgeist that normalizes and promotes the hatred of those he murdered.

Standing behind him, backing him up and pushing him forward, was practically every college in the United States, all major media, and the government itself.

What he did was morally evil. But for me to say this is just shouting into the wind. It means nothing for me to condemn such actions when they are undertaken as part of such a massive edifice that desires them.

But I’ll tell you what does mean something: Jury Nullification. Hold on to your guns. You are going to need them to defend yourself against many more genocidal attacks. And when you do, even if you are outnumbered 20:1 and it is all recorded and the fact you acted in self defense is clear, you WILL be charged with a crime. But it is better to be judged by twelve than carried by six. And it is time for white people to become informed about jury nullification.

European Americans: we have the right, when on a jury, to find any defendant “not guilty” if, in our judgment, the prosecution is unjust, unfair, or in any way contrary to the greater good. Use that power, and tell others about that power. Even one of us on a jury can hang it. We will need to do this a LOT because many more of our people are going to be murdered just for being born white, and those who fight back to defend themselves and their families will need us on their side in the jury box.

And this is why we vote. Juries are selected from registered voters. If you vote in every election, even if you just pick up your ballot and drop it into the slot blank or write yourself in for every office, you will be eligible to be selected for jury duty.

Being a juror is your opportunity to the that one person who nullifies injustice. So read about jury nullification, and be ready to put up your dukes, and do your duty.