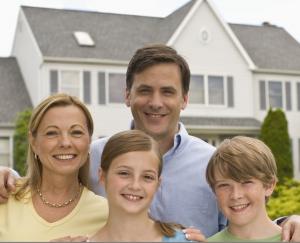 But the New York Times seems to think that New Hampshire, which is 94% white, is just too white and that the whiteness of New Hampshire is a problem that needs solving:

New Hampshire, 94 Percent White, Asks: How Do You Diversify a Whole State?

Please note that in spite of the title, I am going to go out on a limb here and say that “New Hampshire” as a whole isn’t asking that question, just a few people in the state are asking it.

Just think about the basic premise here. This is what I tweeted to the NYT:

It speaks volumes about the mindset of the NYT that they see whiteness as a problem that needs to be solved. — Arthur Sido (@ArthurSido) July 28, 2018

New Hampshire is indeed very white and has been since it became a state. New Hampshire also has one of the highest per capita household incomes in the country. It has a per capita violent crime rate that is far below the national average and around half of it’s more “diverse” neighbor to the south, Massachusetts. According to one statistics I saw, the three northern New England states (NH, Maine and Vermont) which according to the NYT article are “collectively the whitest region in a nation”, had the lowest violent crime rates in the country. New Hampshire 8th graders have the 3rd highest scores in the nation on math and reading. New Hampshire also has no state income tax.

All of this is bad apparently because an unnamed group featured in this NYT article is bound and determined to make New Hampshire less white:

The project grew out of informal talks over the last few years among a racially diverse coalition of people, including Mrs. Celentano, who say they want to change New Hampshire’s demographics. The effort is so new that it has no name. But it is drawing important players.

They want to change New Hampshire’s demographics. In other words, they are set on making New Hampshire less white.

If you wonder why the once forbidden topics around race are now getting discussed in public, this is why. Or to put it more succinctly: Do you want more alt-right? Because this is how you get more alt-right.

Here are some of the complaints levied against “too white” New Hampshire:

Catalina Celentano can’t find anyone to speak Spanish to: “I went from being able to speak Spanish every day to not speaking Spanish at all because there wasn’t anybody to speak Spanish to,”. Well she seems to speak English just fine which has been the primary language in our nation, founded by British settlers, for our entire existence as a nation. Also it is worth noting that she elected to move to New Hampshire, which was 94% white when she did so, and now is complaining because the place she chose to move to isn’t to her liking. Maybe she should have thought about that before she moved? I wouldn’t move to Detroit and then start crabbing because it is too black and if I did the New York Times wouldn’t publish a story about me, unless it was a story about me being a Nazi or something. Her complaint is sort of like city folk moving to the country and then getting mad because sometimes they smell manure.

She also cited the lack of lack of black hair salons as a serious issue.

She said in an interview later that the lack of certain basic services also made settling in places like New Hampshire difficult for minorities. These include hair salons that cater to African-American women, she said, as well as restaurants and supermarkets that offer ethnic foods and stores that sell traditional clothing.

There are not a lot of hair salons catering to black woman in a state with very few black people. Really, that is quite shocking. Solid sleuthing there from the New York Times.

Also, the lack of housing prevents non-whites, in this case immigrants, from moving to NH.

“Housing is at the core of why there aren’t more immigrants — there’s no place for them,” he said. “An ethnic person who wants to come in with a family of four or five people is not going to find a home they can afford, and there’s almost no rental housing whatsoever.”

Well, I lived in New Hampshire from 1997 to 2000. We rented a home and while we were there we had our fourth child. In fact we moved out of NH in large part because it was too expensive to live there. So it isn’t a problem just for “ethnic” people, it is just an expensive region. I guess NH could build a bunch of subsidized, low-income housing units. That always works out well wherever it has been tried (ex. Cabrini–Green).

New Hampshire has been a state for 230 years. I am guessing in all of that time it was never below 90% white. It is also a state that has cultivated a culture of fierce independence and individualism. The state motto is “Live Free Or Die”. I didn’t really like living there, as a Midwesterner I found the people very aloof and hard to get to know but I appreciated New Hampshire for what it is. Not the New York Times and people like Catalina Celentano. They see a state that is overwhelmingly white and declare that as a problem that needs to be “fixed” and without the input of most residents of New Hampshire, a group is plotting to do just that.

There are two additional takeaways from this article.

One is that we see once again that the business community is not and never has been an ally of rank and file conservatives. The meeting of this unnamed group was a combination of social justice types, including the obligatory member of the NAACP, and business groups all conspiring to get more “diversity” into northern New England. Business groups want cheap labor and plenty of consumers and don’t seem to especially care how they get them. They also don’t care about the repercussions of such a change.

For example, the small Maine city of Lewiston, population around 35,000, has for some reason been chosen as a dumping ground for Somali “refugees”. According to wikipedia, the population in Lewiston has gone from 95.7% white and 1.1% black in 2000 to 86.6% white and 8.7% black in 2010. Lewiston was named one of the best places to retire in the nation due to a low cost of living and very low crime rate. But this appears to be changing. Just last month in Lewiston a man was killed in a fight with Somali teens after being hit in the head with a brick. A month earlier two Lewiston residents were set upon by a mob of two dozen Somalis in the same park where the man was murdered. The mayor of Lewiston seems to be trying to downplay the rising crime, speaking here after the two residents were attacked by the Somali mob:

“Kennedy Park is a large common space in the middle of some of the poorest census tracts in the Northeast,” Mayor Bouchard said. “When you have large, diverse groups of people in the same place you are bound to have incidents. Lewiston is no different in that respect than any other medium to large city, except that Lewiston’s violent crime rate is one of the lowest in Maine.”

While the Mayor brings up Lewiston’s violent crime statistics, it is important to note, in this case, the victim didn’t press charges, meaning, statistically there was no crime. Incidents like this often go unreported and are not reflected in the numbers — something even Mayor Bouchard has to admit.

“In this particular case, the person who was attacked declined to press charges, therefore under the law, there was no victim, therefore no crime,” said Mayor Bouchard.

Well there you go! Places like Baltimore and St.Louis take note, if people don’t actually report the crime to a police, no crime happened. Like magic you can make your crime rate disappear! Read one sentence again:

When you have large, diverse groups of people in the same place you are bound to have incidents.

Yet here is a group of business leaders working alongside social justice warriors with a stated mission of making New Hampshire “more diverse”. I don’t have the crime statistics for Lewiston handy but I would be willing to be all the money I have that crime has gone up dramatically as Lewiston was inundated with Somali “refugees”. We are told that “diversity is our greatest strength” but the evidence seems to point in the opposite direction.

The second take-away came from this line: “the reality of an aging population that will absolutely require direct service care at some point“. The person quoted was “Loretta Brady, a psychology professor at St. Anselm College, who has worked with the Manchester Chamber of Commerce on matters of diversity”. Now I am sure that a psychology professors knows tons about business so she makes a natural consultant for the Chamber of Commerce.

We have been pounded over and over again with dire warnings about having children. You need to put off marriage and especially child-rearing until you can afford it. Children are so expensive. Who can afford a large family? Both parents need to work or you will live in poverty! Maybe you have one kid or if you are some religious loon perhaps two but no more than that. Take time for yourself while you are young! Travel! Have fun! Children can wait! Take the pill so you can put off children until you “are ready”! Then you finally decide to have children in your late 30’s after getting “financially secure”. Oops. Now you have trouble getting pregnant at all. Maybe you have to spend a ton of money on fertility treatments. Certainly as the fertility window closes, if you have elected to wait until your late 30s to start having kids, you won’t be having more than 1 or 2. Besides, speaking from personal experience, having kids in your mid to late 30s is way more exhausting than having kids in your mid 20s.

We are reaping the results of decades of anti-fecundity, both here and across the Western world. Instead of having families that will care for you, now we need to import Somali “refugees” that are supposedly going to provide “direct service care” to our elderly. There isn’t a ton you can do about it, turning a below replacement birth rate driven by incessant anti-natalist dogma around isn’t something you can do in a year or two. In places like Russia and Italy and Hungray you are seeing leaders call for their people to start having more children.

When you start to peel back the rhetoric about “diversity”, what you start to see is what I tweeted to the New York Times: Excessive whiteness is a terrible problem and it needs to be fixed. That mindset has very troubling implications for a lot of issues and it is only going to get worse. To my former home of New Hampshire I say something that caused a frenzy just recently: It’s OK to be white.