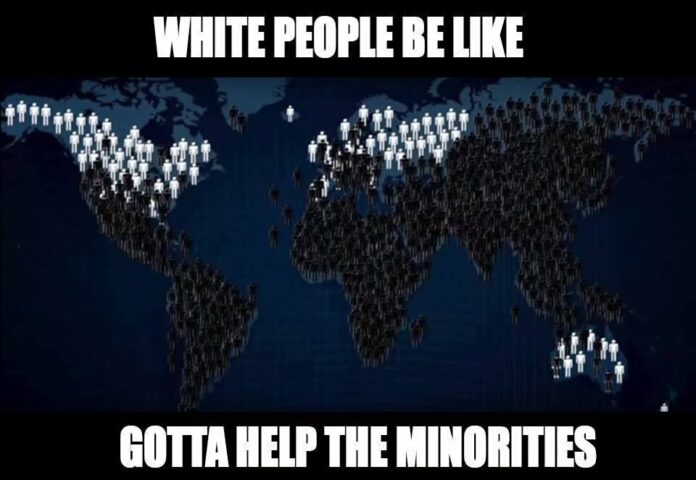 Is your son or daughter training to work in the “tech” field? Rest assured, should this act become law in 2021, they will eventually be passed over for employment by tens of thousands of Chinese and Indian nationals flooding the market. Coupled with a developing invasion of low skill high fertility mestizos from the southern hemisphere, what we are looking at is the entrenchment of the raging mob and the dreadfully mediocre petite-bourgeoisie acting as the moral and economic compass of our people. (To the best of our knowledge this act has not yet become law.)

Late Wednesday night, alone on the Senate floor, Senator Mike Lee (R-Utah) paused his remarks honoring Congressman Rob Bishop (R-Utah) in order to pass a controversial immigration bill in the waning days of the 116th Congress. Using the procedural motion known as “unanimous consent,” Senator Lee snuck through S. 386 – the Fairness for High-Skilled Immigrants Act – without a committee hearing, without a vote, and without any support other than his own.

If this bill becomes law, it will fundamentally change the nature of our employment-based immigration system by eliminating per-country caps, thereby giving green cards only to nationals of India and China.

Lee’s use of the unanimous consent parliamentary tactic is both norm-shattering and indicative of how toxic this bill is. Senators use the unanimous consent procedure for a variety of non-controversial reasons, mainly things like honoring a constituent or entering additional written materials intro the congressional record. If just one other senator objects to the motion, then it ends there.

Lee knows that his bill is bad. It is, after all, co-sponsored with Senator Kamala Harris (D-Calif.), one of the most zealous open-borders lawmakers currently serving in Congress. Aside from open-borders sympathizers and the financial beneficiaries of Big Tech lobbying, few people actually support what this bill does.

He has repeatedly attempted to pass S. 386 through unanimous consent because it would never make it to the senate floor otherwise. It has never received a Judiciary Committee hearing or vote, and it is unlikely that the Judiciary Committee’s members would pass it. Even if it passed out of committee, it is unlikely that Majority Leader Mitch McConnell (R-Ky.) would bring the bill to a floor vote and expose his members to a potentially embarrassing or difficult vote.

FAIR has written about the dangers of this bill multiple times. In a previous legislative update, we wrote that,

At its core, the bill is a giveaway to the Big Tech industry who want to hire less-costly immigrant employees dependent on their sponsorship, displacing American STEM workers. The whole reason that the Indian and Chinese visa backlog exists in the first place is because of the Tech companies’ reliance on cheap, foreign guestworkers at the expense of American STEM employees.

Fortunately, it could be too late for Lee’s desperate action to make any lasting changes. The House will have to vote again on the bill before sending it to President Trump for signature. The House and Senate have yet to pass crucial spending bills and need to do so before the end of the year, meaning that their legislative energy will be elsewhere.

And, for the sake of argument, assume it reaches President Trump’s desk. Is he going to sign into law a bill co-sponsored by Kamala Harris? Will his only legislative accomplishment on immigration really be a visa giveaway to Indian and Chinese nationals, even after he has repeatedly attempted to tighten up the H-1B program? This does not seem likely.

This bill will most likely die waiting for a vote in the House, or on the desk of President Trump as an actual or pocket veto.