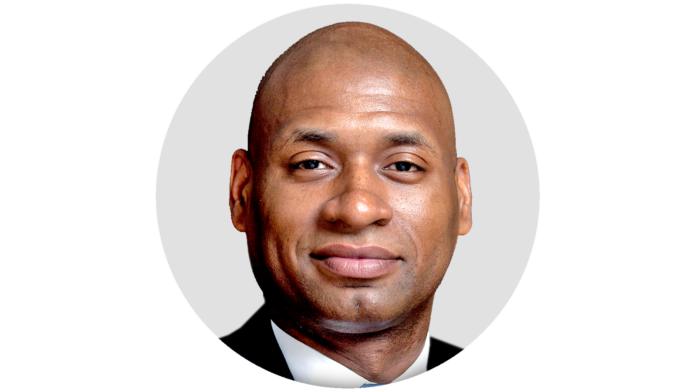 Charles Blow, a black racist, wants blacks to move south away from liberal politicians (and white liberal ‘civil rights’ enablers) they keep voting into office . Our suggestion for migration would be someplace more suitable, like Sudan. “Nor is it more certain that these two races . . . can not live under the same government.” — Thomas Jefferson

A year ago this week, I packed some bags and left New York City for Atlanta.

I had become a New Yorker, a Brooklyn boy. There I had raised my children. There I planned to live out my days.

But the exquisite fierceness of the city, its blur of ambition and ingenuity, didn’t hide the fact that many of my fellow Black New Yorkers were locked in perpetual oppression — geographically, economically and politically isolated. All around the North, Black power, if it existed, was mostly municipal, or confined to regional representation. Black people were not serving as the dominant force in electing governors or senators or securing Electoral College votes.

Bryan Stevenson, the executive director of the Equal Justice Initiative, calls migrants of the Great Migration “refugees and exiles of terror.” By extension, many Black communities in Northern cities, abandoned by the Black elite and spurned by white progressives, have become, functionally, permanent refugee camps.

I had an idea to change that. An idea about Black self-determination. Simply put, my proposition was this: that Black people reverse the Great Migration — the mass migration of millions of African-Americans largely from the rural South to cities primarily in the North and West that spanned from 1916 to 1970. That they return to the states where they had been at or near the majority after the Civil War, and to the states where Black people currently constitute large percentages of the population. In effect, Black people could colonize the states they would have controlled if they had not fled them.

In the first census after the Civil War, three Southern states — South Carolina, Mississippi and Louisiana — were majority Black. In Florida, Blacks were less than two percentage points away from constituting a majority; in Alabama, it was less than three points; in Georgia, just under four.

But the Great Migration hit the South like a bomb, siphoning off many of the youngest, brightest and most ambitious. In South Carolina, the Black share of the population declined from 55 percent to about 30 percent. Over six decades, six million people left the South.

Reversing that tide would create dense Black communities, and that density would translate into statewide political power.

I chose Atlanta because many of my friends were already there, having moved to the “hot” Southern city after college, and because I saw Georgia as on the cusp of transformational change. Little did I know that this election cycle would be a proof of concept for my proposal.

In November, Georgia voted blue for the first time since Bill Clinton won the state in 1992. A majority of those who voted for Joe Biden were Black. This week, Georgia elected its first Black senator in state history — indeed the first popularly elected Democratic Black senator from the whole South: Raphael Warnock, a pastor at Ebenezer Baptist Church in Atlanta, where Martin Luther King Jr. once preached. Georgia also elected its first Jewish senator — only the second from the South since the 1880s: Jon Ossoff.

Perhaps most striking, the Warnock win was the first time in American history that a Black senator was popularly elected by a majority-Black coalition. It was a momentous flex of Black power.

The success of the Democratic Party’s gains there were in part due to a massive voter enfranchisement effort led by Stacey Abrams, the former candidate for governor, whose group Fair Fight helped register 800,000 new voters in the state in just two years. But it was also attributable to a rise in the state’s Black population.

In the early 1990s, Black people constituted a little over a quarter of the population; now they constitute about a third of it. The Atlanta metro area saw an increase of 251,000 Black people between 2010 and 2016. In 2018, The Atlantic magazine described this area as the “epicenter of what demographers are calling the ‘reverse Great Migration’” of Black people to the South.

Biden carried the state by only around 12,000 votes. With this election, Georgia became the model for how Black people can experience true power in this country and alter the political landscape.

I realize that I am proposing nothing short of the most audacious power play by Black America in the history of the country. This may seem an odd turn for me. I am not an activist. I am a newspaperman. I interpret. I bear witness.

The moment that I realized that I could be more than an observer came in 2013. I was at the Ford Foundation for a series of lectures on civil rights when Harry Belafonte addressed the room. He spoke in a low-but-sure raspy voice, diminished by age, but deepened in solemnity. He was erudite and searing, and I was mesmerized. He posed a question: “Where are the radical thinkers?”

That question kept replaying in my head, and it occurred to me that I had been thinking too small, all my life, about my approach to being in the world. I realized that a big idea could change the course of history.

This proposition is my big idea.

{snip} States have natural resources and indigenous industries. Someone has to control who is granted the right to exploit, and profit from, those resources. Why not Black people?

Of course questions — and doubts — abound about such a proposal. Questions like: Isn’t the proposal racist on its face?

No. The point here is not to impose a new racial hierarchy, but to remove an existing one. Race, as we have come to understand it, is a ﬁction; but, racism, as we have come to live it, is a fact. After centuries of waiting for white majorities to overturn white supremacy, it has fallen to Black people to do it themselves.

I am unapologetically pro-Black, not because I believe in Black supremacy, which is as false and reckless a notion as white supremacy, but rather because I insist upon Black equity and equality. In a society and system in which white supremacy is ubiquitous and inveterate, Black people need ﬁerce advocates to help restore the balance — or more precisely, to establish that balance in the ﬁrst place.

My call for Black power through Black majorities isn’t intended to exclude white people. Black majority doesn’t mean Black only. Even in the three states that once held Black majorities after the Civil War — South Carolina, Mississippi and Louisiana — those majorities were far from overwhelming, peaking at 61 percent, 59 percent and 52 percent.

Nor does a majority-Black population mean a Blacks-only power structure. There are cities in the Northeast and Midwest, like Detroit, Philadelphia and Saint Louis, that have a Black majority or plurality and yet have white mayors. The point is not to create racial devotion, but rather race-conscious accountability.

For 150 years, Black Americans have been hoping and waiting. We have marched and resisted. Many of our most prominent leaders have appeased and kowtowed. We have seen our hard-earned gains eroded by an evolving white supremacy, while at the same time we have been told that true and full equality was imminent. But, there is no more guarantee of that today than there was a century ago.

I say to Black people: Return to the South, cast down your anchor and create an environment in which racial oppression has no place.