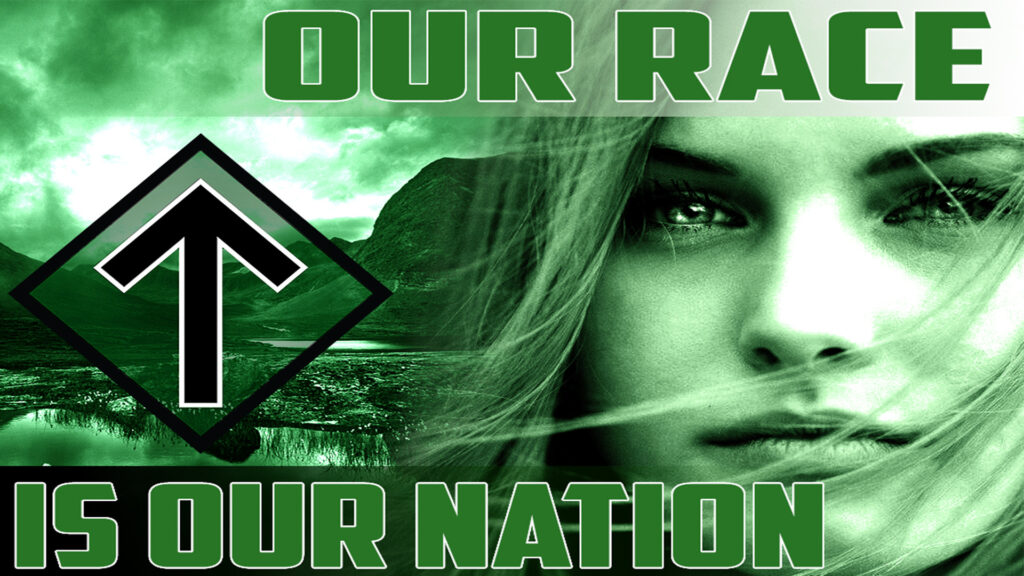 Regardless of Mr. Lindh’s political association, his death was a result of attempting to stop a government coddled African biped, Abubaker Mohamad, from raping a woman of his own race and of his own nation (Sweden).

Tommie Lindh (photos) was a 19-year old student, who didn’t even finish Gymnasium because he was murdered by an African migrant when trying to prevent a rape (10 May 2020).

This all happened in connection with a party, where the African committed two counts of rape, assault, unlawful threats and murder – all in the same night – yet the prosecutor in the case claims that the murdered victim did not intervene against a rape, and they “have no such information”.

This is quite strange behavior from the prosecutor, as there’s no such legal bearing with a deceased victim. It seems her comments are made primarily to combat “rumors”. But the notion of Tommie Lindh as a hero comes from his friends, confirming that he intervened against a perpetrator.

A lawyer was interviewed by Nyheter Idag and commented saying that it’s a prosecutors job to think as black-and-white as possible. So even if a common person would think of the situation as Tommie trying to prevent a sex crime, and ending up dead, the prosecutor “legally” isn’t allowed to think like that.

In other words, her comments to the media appear to be primarily about semantics.

Legally, it might be correct to say Tommie wasn’t killed trying to prevent a rape. But this doesn’t contradict the scenario that he tried getting rid of this rapist, who was harassing his female friend, before he was murdered by him.

This case has caused quite an uproar in Sweden, as the mainstream-media waited over a week to report on the tragedy. During this time they were busy writing tons of articles about local celebrity Paolo Roberto getting caught buying a hooker.

Once they decided to comment on Tommie Lindh, their reporting focuses most on dismissing the notion of Tommie Lindh as a hero, and having the parents renounce their son’s political opinions in the media.

Aftonbladets headline reads “The story about Tommie Lindh is false”, and for some reason considers the idea of Tommie as a hero more problematic than the absurd amount of crimes committed by the migrant in only one night. Their article focuses heavily on the notion that Tommie preventing a rape is false.

Sweden’s biggest daily, Aftonbladet, further describe “alternative” media as irresponsible, racist, rumor-spreaders for reporting about Tommie Lindh being a hero. This is quite rich, given the same paper concluded Paolo Roberto participated in human trafficking without any evidence, before a police investigation was even started on the matter. Aftonbladet is also guilty of causing a suicide when they lied about Benny Fredriksson being a rapist during #MeToo.

Most importantly, this African should have been deported many years ago, when he was convicted of a sex crime against an underage girl. Instead, as per Swedish custom, he was allowed to stay in the country until further tragedy happened.

This is the same pattern with many assaults, robberies, rapes and murders that have happened in Sweden over the years. Wilma Andersson is a recent tragedy, where the killer was due to be deported since he was discovered not to be a real refugee. Instead he re-applied and was granted citizenship quickly.

After six years with a feminist government, Sweden has seen an increase of 40% in rapes. This is mostly due to our population policies and the fact 80% of foreign rapists don’t get deported. A severe overrepresentation can be seen with migrants from Muslim countries, namely Arabs and Africans. Indians and East-Asians don’t share the same overrepresentation.

After the media-frenzy about Paolo Roberto buying a hooker, our socialist government now wants to criminalize prostitution even further; Suggesting it should give prison time as minimum, even for those who legally buy it abroad.

Just imagine if they would be this willing to act against a migration policy that doesn’t work?

In Sweden it’s norm not to conduct ID-checks with asylum applications, and to not deport criminals. Recently we’ve seen a surge of hate crimes against Swedes being posted on social media, and Sweden’s mass rapes have been described as a form of jihad by imams. But this is a reality our socialist-feminist government has yet to acknowledge.

To watch my video on the Tommie Lindh case, turn on CC for English subtitles.