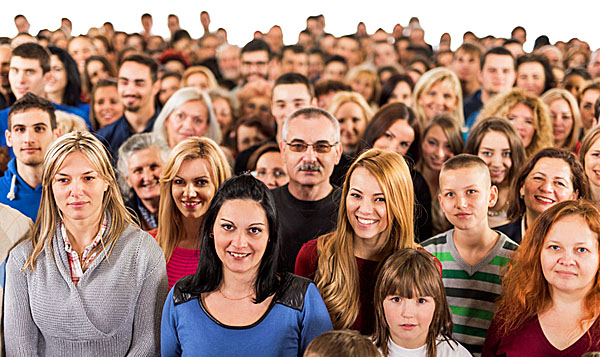 President Trump explicitly appealed for votes from every exotic demographic he could think of except European Americans.

Every conservative publication is celebrating the 2020 election.

Donald Trump won the most non-white votes of any Republican in 60 years. He doubled the “LGBT” vote, bringing the GOP’s voters slightly closer to matching the sexual preferences of their pundits. Republicans also stemmed the flow to Democrats of upper class suburbs.

The shy Trump voter? It was the elusive college-educated white this whole time. Whites with university diplomas voted at roughly the same rate for Trump that they did in 2016 (49 to 49) but lied about it to pollsters, throwing polls off by up to 31 points in their demographic. It’s safe to say that this class of people lied on surveys out of fear of political retribution, or in some cases, bourgeois shame over voting for prioritizing low taxes and a booming stock market over “racial justice.”

An America composed exclusively of a thin film of white business owners and professionals who sell to and manage a mass of non-white low-wage consumers is the neo-liberal future conservatives want. Socially liberal, fiscally “conservative” — Hayek and Rand.

Yet while they pop champagne, it’s looking like they’re going to lose the White House. It was the white working and middle class — the orphaned majority with no political representation — that has built the only wall of Trump’s presidency: the Blue Wall in the Rust Belt.

A number of commentators have come to the conclusion that it was the white laboring classes who Trump failed to inspire in sufficient numbers. James Allsup, Ryan Gidursky and Hunter Wallace have all made compelling arguments for this. Trump has failed to deliver on almost all of his promises in the culture war, leaving nothing but his economic and health care policies, which are all widely despised GOP boilerplate and not the populism he promised in 2016.

In Wisconsin, which Joe Biden carried by 20,000 votes, Trump could’ve tried to inspire just a fraction of the 900,000 whites without college degrees in the state who are not registered to vote and won easily. Instead, he spent hundreds of millions of dollars trying to win over exotic and small demographics like Native Americans and Indian-Americans.

It is unknown how much money the Trump campaign spent marginally increasing the black vote, but I doubt getting Lil’ Wayne, Lil’ Pump and Ice Cube to agree to a lifetime of being labeled “coons” was cheap. If he had instead spent a small portion of that trying to get just a miniscule amount of Pennsylvania’s 2.1 million white working class non-voters, he wouldn’t need to worry about Philadelphia.

Trump’s pandering to every group but whites was made stark with his procrastinated promises, all of them tailored to each group’s interests: “Putting America’s First People First,”  the “American Dream Plan” for so-called “Hispanics,” and the “Platinum Plan for Black America.” Trump did not win a majority of any of these groups.

There is no political sense to this. Many have suspected that this pandering is not aimed at significantly improving votes in minority demographics, but instead to keep the support of wealthy whites and Jewish billionaire donors — many who defected to Democrats or withheld donations during the 2016 race.

A class dynamic intersected heavily with the racial one in 2020. Even as Trump and the Republican Party promised to run up the credit card for explicitly racial exclusionist programs in a time where everyone is suffering, they became petty budget hawks when it came to keeping pandemic relief out of the hands of families, the majority of them white, who were made unemployed by COVID measures, claiming the $600 federal subsidy was a disincentive to work as big capitalists dined freely at the trough of PPP.

As Allsup pointed out in Dissident Mag, the biggest swing against Trump from 2016 to 2020 was among households bringing in $50,000-$99,999 a year, which is the largest voting demographic by income and has been hardest hit by COVID. Exit polls show Trump won this group 50-46 in 2016. In 2020, these numbers flipped drastically, with Trump losing to Biden 56-43, who is promising to tax the rich and revive national industry.

Biden’s offer of a public health care option, a policy supported by 72% of voters, was an embarassment for Trump, who refused to articulate any position on healthcare other than “increasing competition” in an industry that, at best, is not subject to market forces.

In other words, Trump did better with the constituencies his administration served with tax-cuts, deregulation and stock market speculative capital pumps, while he did poorly with the people who work and he threw under the bus. But like the whites he never once addressed as a group, the latter outnumber the former, the main reason why Republicans will struggle even more to win elections without Trump’s personality cult.

The only rational political explanation for Trump’s 2020 campaign is a gamble to help win back or retain Republican Congressional seats, which lie in districts gerrymandered to have as many suburban and upper middle class people as possible. If so, they succeeded to some extent on this front. Conservatives now get the additional bonus of not having to deal with Trump or his base anymore. For Republicans, governance is an unnecessary chore and according to some of their think-tanks, immoral.

Which brings us to the most pertinent questions to take away from the wind down of the Trump-era: why does the GOP even exist?

Unless Trump can perform a litigation miracle, his presidency is over. But he still remains a paradox. Why would someone go through the trouble of running a stirring up white populist revolution in 2016 just to resign himself to second of two in the “I Hate Racism” competition of 2020?