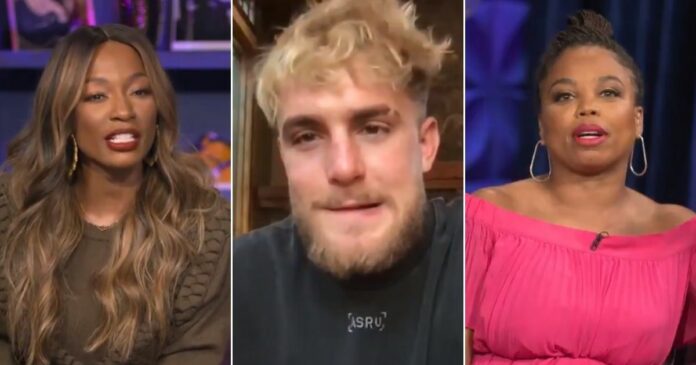 The implication of the black TV “hosts” being, he should have taken a good beating in the name of ‘social justice.’ Thankfully, the Twitterverse is giving them tee total hell.

Is a white person beating a minority in competitive sports racist?

Of course not, but the left is going there after a black former NBA player was knocked out cold in a recent boxing match by a white man who is generally known for being annoying online.

On Nov. 28, YouTube celebrity Jake Paul knocked out former New York Knicks point guard Nate Robinson in his second professional bout. The fight ended in the second round, and many people who have laughed at Paul over his celebrity status and antics weren’t laughing.

The devastating KO showed that the 23-year-old Paul is a serious fighter.

After the fight, he challenged UFC champ Conor McGregor to a match and then signed up to fight boxing legend Floyd Mayweather in an exhibition bout.

Meanwhile, Robinson is now internet famous for being really bad at fighting.

Who’da thunk just a few years ago that one of the internet’s irritating Paul brothers would be able to more than hold his own in the ring?

Robinson, 36, never stood a chance against the YouTuber.

But Paul’s victory was quickly stained by the ludicrous suggestion that knocking out a black man in a boxing match in America is racist.

The women quickly turned what had been a clean fight into a bizarre racial inquisition.

WARNING: The following video contains vulgar language that some viewers may find offensive.