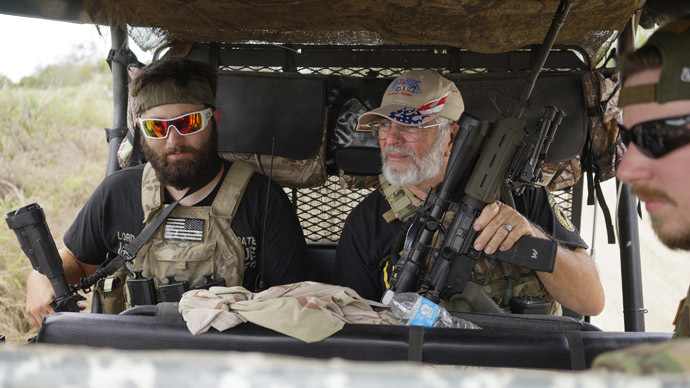 Major cities are boarding up businesses in anticipation of mass rioting by BLM and Antifa agitators following today’s election. The question remains: will the unrest increase and spread out in the days and weeks to follow no matter who wins?

The answer to this question depends on what’s meant by a civil war. There surely cannot be a reprise of Civil War I in that no standing armies will be involved. But there are other kinds of ethnic conflict which are tantamount to civil war. Thomas Chittum in Civil War Two: The Coming Breakup of America convincingly claims that social, political, and economic forces are pulling America apart and driving it toward a bloody war. He envisages the nation dissolving into several different – de jure or de facto – countries divided along ethnic lines. He sees riots, gangs, militias, exploding crime rates, mass immigration and rising unemployment fueling the fires of war.

Clearly we’re a long way from that right now. But that’s largely down to the refusal of White Americans to engage in identity politics except in the most passive way through the likes of White Flight. But for how long? How much longer will Whites, especially straight White males, put up with being mocked, marginalised, discriminated against and ultimately being displaced in their own country? An analysis of previous civil wars shows that events can simmer for a long time……and then explode into blood-red violence. Often a seemingly innocuous incident can light the fuse.

Which leads to my offering the following two vignettes which reflect what’s happening all over the country at present. A report in Zero Hedge tells us that Bloody Battle Breaks Out On Portland Streets As Antifa Clashes With “Patriot Prayer“. The standard playbook applied. Whites engaging in a peaceful demonstration are attacked by masked Antifa while the police look the other way. Until Antifa began to get their ass handed to them at which point they intervened. Hitler’s SA (Sturm Abteilung) started under similar conditions. Contrary to popular myth the SA wasn’t founded to attack political rivals. Its purpose was to defend NS marches from unrelenting attacks by Communists and Socialists. And it grew from there…..

In Brookhaven Mississippi two White police officers were recently murdered by a black criminal.  Such incidents are the rule rather than the exception given that blacks are the perpetrators in 85% of black/White inter-racial violence. While the White officers were risking and ultimately losing their lives the Chief Of Police was roosting in his office, getting fatter every day. Now I ask you to look at this guy’s picture… How must capable White officers feel about working under such a person? How do the families of the dead officers feel? Simmering with rage – at a minimum. Again, similar scenarios play out every day across the country.

Now to add insult to injury black “students” at a local holding pen school shortly afterwards did an enthusiastic reenactment of blacks shooting a prostrate police officer during half-time at a local football match. Chittum suggests that such developments will over time lead to “black inner cities surrounded by primarily White suburban and rural areas. Blacks will seize the municipal governments and urban Blacks will become increasingly poverty-stricken due to mismanagement and corruption of Black one party rule…Riots will increase, and Black mayors will not put them down so as not to alienate their power base. White flight to neighboring enclaves will increase, as will the development of parallel institutions for establishing security. Local police and National Guard units may engage each other or split, depending on racial composition.”

Chittum sees such developments as the prelude to all-out civil war. Now if you add the burgeoning Latino and Muslim populations into the mix you get the perfect ingredients for a fissiparous country made up of mutually hostile ethnicities. Far-fetched? Maybe. Or maybe not….
Now it’s customary to conclude such a essay by piously hoping for the avoidance of such an eventuality. But while I don’t want to see civil war I do want to see Whites awakening and taking back what’s rightfully theirs. Before it’s too late. And by force if necessary. Because the earlier they’re driven to this the less violent the eventual denouement will be. The longer it’s delayed the more violent it will be.