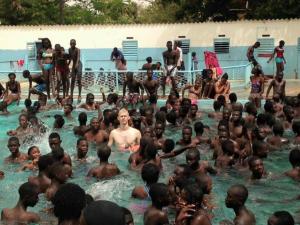 Listen up: The left hates you. Big tech hates you. Non-whites despise you. They want you gone. They want Whites gone. They want everything good about this world gone. Don’t concede, don’t budge, have children! Be the “shitlord” they so hate you as. You might actually get some good results doing so.

In response to accusations that the Communist state is “committing genocide” against its Uyghur population, China’s Ambassador to Grenada has accused western leaders of pursuing a “genocide policy” by citing declining birth rates.

The claim was made in response to U.S. national security advisor Robert O’Brien’s assertion at an Aspen Institute event that, “If not a genocide, something close to it going on in Xinjiang.”

O’Brien cited seizures by U.S. customs of “massive numbers” of hair products made with human hair from the region.

“The Chinese are literally shaving the heads of Uighur women and making hair products and sending them to the United States,” he said.

Ambassador Dr Zhao Yongchen shot back on Twitter by claiming that western leaders were overseeing an indirect policy of genocide against their own population.

“In Europe and America, the birth rate of whites has fallen very seriously. Is this the result of the genocide policy pursued by their leaders?” asked Yongchen.

“The Uyghur population in Xinjiang has exploded,but the Chinese govt has been accused of committing genocide by conspirators. Nosense!” he added.

While the declining birth rate of whites in western countries is an accepted fact, the media has framed beliefs that this is a deliberate policy as a dangerous conspiracy theory.

Data released by the U.S. Census Bureau earlier this year found that whites under the age of 16 are now a minority in America for the first time since records began.

“We are browning from bottom up in our age structure,” William Frey, a senior fellow at The Brookings Institution, told the Associated Press. “This is going to be a diversified century for the United States, and it’s beginning with this youngest generation.”

“It’s not going to stop,” Biden told a White House summit in 2015. “Nor should we want it to stop. As a matter of fact, it’s one of the things I think we can be most proud of.”

We Are Importing Our Poverty