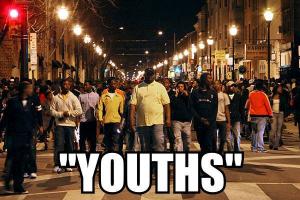 Seven threats listed below are examples of hostilities toward Trump and his supporters, but leftists’ threats of terror are even greater should Biden win the presidency.

Many leftists have directed some deeply disturbing rhetoric at conservatives and Trump supporters in recent months, claiming President Trump’s bombast is responsible for the political polarization of today’s America. This is pure nonsense.

Sure, Trump talks about MS-13 as “animals,” Antifa as “thugs,” and Hillary Clinton as crooked enough to “be in jail.” His supporters know his presentation to be a bombastic and theatrical schtick, but he never threatens any group of voters.

By contrast, some ominous tones, even homicidal and terrorist tones, are coming from the mainstream left. Increasingly, through mainstream media and Big Tech, high-profile leftists are speaking openly about violence to be inflicted on Trump and all his supporters.

I’m not talking specifically about the Antifa and Black Lives Matter street violence we’ve seen in places like Denver and Portland, which includes outright murders of Trump supporters. I’m referring here to voices that normalize and promote open terror against any freedom-respecting person who has different views from those blessed by left-wing leaders, media, and Big Tech. Seven examples are included below.

First, in a chilling Twitter incident, agitator Nils Gilman called for the execution of journalist and former Trump adviser Michael Anton. Gilman publicly stated, “Michael Anton is the Robert Brasillach of our times and deserves the same fate.” Brasillach was a Nazi collaborator in France whose fate was execution by firing squad. Neither Gilman nor Twitter took down the tweet, despite many protests, including a public letter of grave concern from the Claremont Institute, where Anton is a senior fellow.

Michael Anton is the Robert Brasillach of our times and deserves the same fate https://t.co/eJNOF49qTa

Gilman is head of the George Soros-funded Berggruen Institute and a co-founder of the “Transition Integrity Project,” which war-gamed the ouster of Trump from office regardless of whether he wins re-election. Anton’s crime, in Gilman’s mind, was publishing an article about Gilman’s project in the American Mind, titled “The Coming Coup.”

Why is Gilman’s Sept. 21 death threat against Anton still up on Twitter an entire month later? Will it remain up after the election?

2. Shoot This CEO For Not being Woke Enough

Second, former Twitter CEO Dick Costolo objected to the company Coinbase’s decision to ease up on forcing employees to engage in social justice agendas such as critical race theory. Costolo accused Coinbase’s CEO Brian Armstrong of being among the “me-first capitalists” who would be the first lined up and “shot in the revolution.”

Costolo, who has 1.5 million Twitter followers, added that he would “happily provide video commentary” of the executions. The tweet has disappeared, although there is no mention of it being deleted. One response comes with a screenshot though:

Did you ever apologize for this? Would like to take you seriously… but this kind of talk is so abhorrent to me: pic.twitter.com/zaJ8fqc2D5

3. If Trump Loses, His Supporters Remain ‘An Existential Threat’

Third, if the Democrats take over the reins of power — in an election, a coup, or a bought-and-paid-for “color revolution” — what happens to those who have supported Trump?

Take a look at this Aug. 1 Salon article, which argues that even if Biden wins, Trumpism “will survive the election and continue to be an existential threat.” Author Paul Rosenberg examines the arguments in writings by John Feffer and other anti-Trump pundits who believe there is a lot of work to be done to force the “de-trumpification” of America. They compare Trump supporters to Nazis or the Baathists of Saddam Hussein’s Iraq and describe America under Trump as a “pathocracy.”

Rosenberg cites Feffer, who says the solution is “to drain the swamp Trump created, bring criminal charges against the former president and his key followers, and launch a serious campaign to change the hearts and minds of Americans who have been drawn to this president’s agenda.” He even brings up the Nuremberg trials as instructive, trials that resulted in death sentences for 37 Nazis.

That isn’t good enough, however, according to Feffer. It’s important to go after “low-level participants” to root out Trumpism. It recommends enforcing this changing of “hearts and minds” so that there is “an attitudinal shift that could lead to lasting transformation.” This is not a far cry from re-education camps and coercive thought reform.

The formula appears to be threefold and on a large scale, “the scale on which we need to be thinking,” according to the Salon article. First, divide the so-called redeemable Trump supporters from those intent on keeping America great. Second, send those who are problematic to virtual education camps. Third, stomp out all the ideas the power elites don’t like.

In the same vein, former Labor Secretary Robert Reich, who has 1 million Twitter followers, recommended that a “Truth and Reconciliation Commission” be established to rid the nation of Trumpism.

When this nightmare is over, we need a Truth and Reconciliation Commission. It would erase Trump’s lies, comfort those who have been harmed by his hatefulness, and name every official, politician, executive, and media mogul whose greed and cowardice enabled this catastrophe.

4. Prosecute Everyone Who Supported Trump

Fourth, former MSNBC host Keith Olbermann recently ranted that everyone associated with Trump, including his enablers and supporters, must be “prosecuted and convicted and removed from our society.” To many, Olbermann might seem to be a has-been, but he has nearly 1 million Twitter followers. He represents the viewpoint of many in the propaganda media that control more than 90 percent of the megaphones. Olbermann referred to Trump supporters as “maggots” who needed to be chased from the stage.

5. Trump Supporters ‘Must Be Eradicated From Society’

Fifth, on Aug. 4, 2019, a supposed religious scholar and CNN contributor Reza Aslan announced on Twitter — a tweet still up as of Oct. 22 — that all Trump supporters “must be eradicated from society” along with Trump, and that there is “no longer any room for nuance.” Aslan has nearly 300,000 followers.

Sixth, the organized violence against guests at the Republican National Convention as they left the White House in August showed new levels of open hostility against the right. Most notably, the mob swarmed Sen. Rand Paul, R-Ky., and his wife, who were convinced they would have been severely injured or killed if there were no police presence.

This represents a ramping up of the Antifa and Black Lives Matter attempt to normalize extreme violence against any perceived political opponent. Agitators even set up a mock guillotine on the spot with an effigy of Trump in it.

Seventh, the left is now using doxing tools to invite widespread targeting of Trump voters. A recently unveiled database called “The Media Manipulation Casebook” is described as a means of gathering personal information that exposes anonymous Trump supporters. NBC News reporter Brandy Zadrozny appears to use it to find “addresses, property records … even Amazon wish lists” that can be a “goldmine for learning about what a person reads, buys, and wants.”

At the same time, open-source materials, such as donations tracked by the Federal Election Commission, are being used to invite the targeting of Trump donors, either by name or address on a hostile site. The information can be used much like the Southern Poverty Law Center’s “hate map,” which triggered the attempted murders at the Family Research Council and the GOP baseball practice.

Examples of hostilities toward Trump supporters abound. Many are connected to the potential for violence should Trump win re-election. As the examples above show, however, the threat of terror is even greater should he lose. If Democrats gain control of the White House and other branches, the left has spoken openly of their intent to punish a huge swath of Americans with a program that threatens to cancel them, impose thought-reform programs on them, and worse.

How far will this go? Members of the domestic terror organization Weather Underground, headed up by 1960s radical Bill Ayers, explained some 50 years ago that when “the revolution” came, a lot of Americans would have to be located to education camps. This sounds eerily like what Reich and others are now proposing after they oust Trump. Weather Underground members said that those who didn’t comply despite re-education, which they estimated would include about 25 million Americans, would have to be eradicated, as in killed.

Of course, that could never happen here, right? Just remember that history is littered with societies filled with decent, normal people who descended into chaos and murder, often incited by propaganda from a heavily controlled media. However unlikely this seems, we must pay close attention to these patterns so we don’t repeat some of the darkest days of history. SOURCE