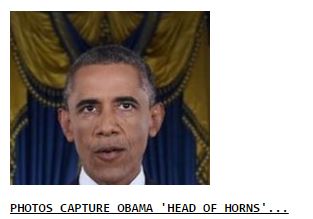 No, president Donald Trump is not “our guy,” in terms of specifically addressing very real and potentially cataclysmic concerns on behalf of European Americans.

But he’s the best we got.

Jared Taylor of American Renaissance recently described what’s in store for the United States, and by extension White Americans, if Joe Biden and Kamala Harris make it to the White House thusly:

If Joe Biden is elected, all this will go in reverse. He will immediately withdraw the executive order on online censorship — which will get even worse. He will let in record numbers of refugees and legal immigrants, and there will be a tidal wave of illegal border crossings. Without Trump pressure, Mexico will stop controlling the border, so we will get caravans of thousands of illegals — and Biden will let them in. And don’t forget: He has promised free medical care for illegals. That alone will bring in hospital-fuls of sick people, and you and I will pay for their dialysis and cancer treatments.

Joe Biden will immediately reinstate amnesty for people brought here illegally as children. If the Democrats win a majority in the Senate, he will have no trouble passing an amnesty for all illegals. That would mean anywhere from 12 to 20 million people on the road to — becoming Democrats. Even without a legal amnesty, Biden just won’t deport illegals.

Federal employees will go back to getting anti-white indoctrination, and universities and companies will be free to discriminate against us as much as they like. Biden will start the process that would lead to reparations for slavery. If you own an AR-style rifle or a 10-round pistol magazine, you will probably find you have become a criminal unless you hand them over. And watch out for something called Affirmatively Furthering Fair Housing. That was an Obama scheme to force racial integration into the suburbs. Trump got rid it; Biden promises to bring it back.

Kamala Harris won’t be the real power. Joe Biden has been lusting for the White House his whole life, and for as long as he can put one foot in front of the other, he’ll try to run the show. But Harris? Biden? It won’t make much difference. Biden knows what he’s supposed to do. https://www.amren.com/videos/2020/10/biden-or-trump-how-should-we-prepare/

Needless to say, former president Barack Obama supports all of these things and more–much more. It’s no secret he openly despises White Americans and fully embraced Hillary Clinton’s thinly disguised identity of “deplorables” dog whistle. So on October 23rd, Friday, Obama delivered a speech in Florida on behalf of Joe Biden’s presidential campaign on Saturday, in the course of which he stated at least nineteen false claims about President Donald Trump and his record. As stated earlier, Donald Trump is not “our guy” and utterly refuses to even implicitly express support for America’s beleaguered European-American people. In fact he has gone out of his way to directly and explicitly address every issue “African Americans, Hispanic Americans, Asian Americans” etc have been clamoring for. But he’s still the best we got right now, believe it or not. Obama knows this, and on Friday he pitched 19 lies designed to subvert not only Trump’s campaign, but to also undermine whatever small benefits White Americans have received under Trump’s presidency (not all of which are race related). This is intolerable to Obama and the leashed Marxists ready to unload their full spectrum of evil on the nation — and our people — under a Biden presidency.

1. “He doesn’t have a plan” for coronavirus. Obama cited the presidential debate on Thursday. However, the president did, in fact, specifically mention Operation Warp Speed, his plan to develop and distribute a coronavirus vaccine quickly.

3. “He doesn’t even acknowledge that there’s a problem” (i.e. coronavirus).  This is obviously not true, and provably so. Trump even talked about coronavirus in his State of the Union address, which Speaker Nancy Pelosi (D-CA) ripped in two.

4. Trump said “if you put some bleach in you, that might clean things up.” Trump never said that. He mentioned new, experimental technologies in UV light, and also specifically said he was not talking about putting bleach inside anyone.

5. “America created 1.5 million more jobs in the last year of the Obama-Biden administration than in the first three years of the Trump-Pence administration.” Obama seems to be saying that more jobs were created in 2016 than in 2017, 2018, and 2019 combined, which is demonstrably untrue. New revisions earlier this year indicated that slightly more jobs were created in 2016 than in any particular subsequent year. However, seasonally adjusted data from the Bureau of Labor Statistics show that more people were employed in each of the first three years of Trump’s presidency than in Obama’s last. In addition, Trump faced a different task. It is arguably easier to add jobs in the early stages of a recovery than it is to add jobs during a recovery already eight years old. The Obama-Biden recovery was the slowest since the Second World War.

6. Black unemployment went down, but “not because Donald Trump did anything.” It is possible to credit several Trump policies with lowering black unemployment, especially immigration enforcement. A 2007 paper by the National Bureau of Economic Research noted: “immigration has more far-reaching consequences than merely depressing wages and lowering employment rates of low-skilled African-American males: its effects also appear to push some would-be workers into crime and, later, into prison.” Trump’s focus on domestic manufacturing capacity also arguably played a role.

8. “He barely pays income taxes.” In fact, Trump pays tens of millions of dollars in taxes, despite losses in some years.

9. Trump has “secret Chinese bank accounts.” The Trump hotel chain used a legal bank account to pay taxes in China when it made licensing deals. It is not a personal account and the account has reportedly been inactive for five years.

10. “His first year in the White House he only paid $750 in federal income tax.” Trump paid over seven million dollars in taxes in 2017, but used a tax credit from an earlier year to pay it. Also, he donated his entire salary to the government.

11. Trump has no plan “when it comes to preexisting conditions.” The president has constantly promised to provide health insurance for people with pre-existing conditions; he issued an executive order laying out his plan in September.

12. Trump “drove up costs” under Obamacare. Actually, Obamacare premiums have been falling under Trump.

13. Trump said: “We hope the Supreme Court takes your health insurance away.” Trump never said that. He said he hoped the Supreme Court would end Obamacare (“I hope that they end it”), noting his desire to replace it with a better plan.

14. Trump is “MIA” when “Russia puts bounties on the heads of our brave soldiers in Afghanistan.” The Pentagon said that there was never “corroborating evidence” of a supposed Russian program to pay bounties for killing U.S. soldiers.

15. “Joe Biden would never call the men and women of our military suckers and losers.” Neither would Trump, because it never happened. Biden did call U.S. troops “stupid bastards,” however. (He claimed that he had been joking.)

16. Trump asked if we could “nuke hurricanes.” Even Snopes.com regards this claim as “unproven.” Obama also claimed that Trump had suggested selling Puerto Rico, which even the source for that claim says was never seriously considered.

(NOTE: While we do not wish for president Trump to embrace cartoonish versions of “white supremacy,” we DO wish he could get to a point where he would address the very real and specific issues plaguing European Americans, such as low birth rates and demographic decline. –ed.)

18. Trump “threatens people with jail for just criticizing him.” This does not appear to have ever happened. Trump did threaten a reporter with prison time — after he defied instructions not to photograph a classified letter from Jim Kong-un. It was the Obama administration, that tried to prosecute journalist James Risen of the New York Times, and which jailed an obscure filmmaker after it blamed an obscure anti-Islamic YouTube video for the Benghazi terror attack in September 2012.

19. The EPA is “giving polluters free reign to dump unlimited poison into our air and water.” Demonstrably untrue. Obama delivered several other attacks on members of Trump’s Cabinet in the same vein (“declared war on workers” etc.).