Home Issues Political Theory Taking Our Own Side 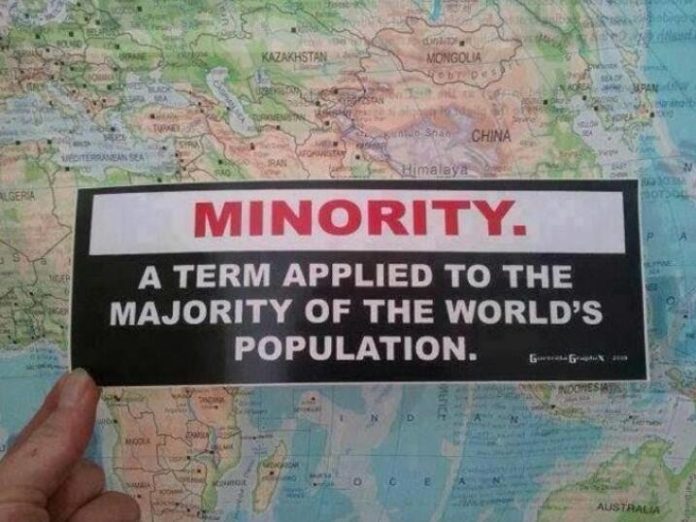 In the midst of a race war there can be no greater folly than impartiality, than the pious rot that “there is only one race, the human race.” Robert Frost once brilliantly described a liberal as a man who will not take his own side in a fight. In a fight to the death, such a policy is suicide.

We all have natural partialities: for family over non-kin, friends over strangers, fellow countrymen over foreigners, racial brethren over members of other races. Philosophers from Aristotle to Carl Schmitt have recognized that these partialities are the heart of political life.

But most moralists eye these partialities with suspicion. Moral laws, they claim, apply to everyone, regardless of his relationship to us. Murder is wrong, whether we kill a stranger or a friend. Fairness requires that we judge a stranger by the same standards by which we judge a friend. Moral laws are universal, and that universality means that we must be impartial in all our moral judgments and dealings.

For the sake of argument I am willing to grant that moral laws are universal. But I don’t think that implies that all of our judgments and dealings must be impartial. Yes, when we have a case before a judge or arbitrator, we want him to be impartial. But do you want your parents to be impartial when deciding whether to send you or the class valedictorian to college? The most impartial judges are strangers to us. But we do not spend all our time with strangers, and kinship, friendship, and other natural bonds of affection do matter.

I grant that it is wrong to murder both strangers and friends, but surely it is worse to murder a friend. We are saddened to hear of the murder of a child. But we are horrified when we learn that the killer was the mother. We react this way, because we think that mothers should be partial to their children, and a crime that violates such natural partialities seems particularly bad. A moral philosophy that holds all murders equally heinous, regardless of these partialities, is simply absurd.

I look at ethics through a biological lens. A proposed moral principle cannot conflict with the survival of the race. Principles incompatible with survival die out along with their adherents. But there is another consideration beyond survival. There are plenty of bad ideas, foolish principles, and destructive life-styles whose harm falls far short of killing their practitioners, or impeding their reproductive success. The only way to weed these out is to adopt as one’s standard not mere racial survival, but racial perfection. And from the point of view of racial survival and perfection, impartiality is folly.

Why is my standard the survival and flourishing of the race, not the individual? I am not an individualist, because individualism ignores the fact that we are all parts and products of biological groups, breeding populations. A breeding population that has been geographically isolated, endogamous, and subject to unique environmental conditions long enough to take on a distinct identity becomes a race.

If the individual, not the group, is the highest value, then under no condition is it right for him to risk or sacrifice his life for the group. This means that the Spartans who fought to the last man at Thermopylae were suckers, but the man who would buy a few more years for himself by condemning the whole race to extinction is a paragon of virtue. The individual who lives only for himself, oblivious to the race that produced him and endowed him with the talents he cultivates or squanders, is a mean little creature, ungrateful to those who came before, improvident of those who will come after, if any. The isolated individual has but one life and one death. But the racially conscious individual realizes that countless forebears live on in him, and he seeks a kind of immortality for himself and them in his own posterity.

But why is the standard the survival of one’s own race and not the human race in general? If the races of man lived in harmony and had no conflicts of interest, then of course we should think of the interests of the whole human race. But we are a long way from that point, and haven’t gotten any closer during the past 50 years, despite the claims of the mass media.

The reality is: the races are at war with one another. The different human races are distinct subspecies, with distinct temperaments and talents, some of which conflict dramatically. It is an iron biological law that when two distinct subspecies try to occupy the same ecological niche in the same geographical region, there will be group conflict.

In the case of humans, all three natural options are highly undesirable. The first two involve the destruction of one or more unique races shaped over hundreds of thousands of years of evolution. The last results in a system prone to instability over the long run, as history repeatedly demonstrates.

But since we’re rational creatures, humans also have a fourth option: voluntary separation. This last option preserves racial uniqueness and eliminates interracial competition, allowing each race to shape the course of its own future.

No matter what the outcome, to paraphrase the word of Thomas Jefferson about Blacks and Whites in America: “two races, free and equal, cannot share the same country.” This biological law dooms all experiments in multiracial egalitarianism. The only practicable multiracial society is a hierarchical segregated society like Vedic India, South Africa, or the American South.

Everything we have seen since desegregation supports this view. Desegregation has not created the harmonious mixing of the races in freedom and equality. It has simply robbed Whites of the ability to legally protect their living spaces from the incursions of other races. When these incursions occur, there is racial tension and conflict, which terminates only when Whites flee and the neighborhood becomes predominantly Black, or Mexican, or Asian. Those Whites who remain are slowly destroyed by miscegenation or outright murder — both forms of genocide. The racial warfare will end only when groups separate from one another, or when the groups self-destruct due to miscegenation, one group exterminates the others, or one group dominates and segregates itself from the others.

And make no mistake: America is in a state of racial war. It is no less a race war because, so far, Whites are not fighting back but are in full retreat. They retreat from neighborhood to neighborhood, as one after another reaches the “tipping point” and becomes unlivable for Whites. They retreat from cities to suburbs, from suburbs to exurbs, from states like California to states like Idaho and Montana. But at a certain point, there will be no place left to hide. The whole nation will reach the tipping point, and Whites will finally have to stand and fight for our survival.

I hope that we stand and fight while we are still more than 60% of the population. Our odds of winning would be a lot higher than if we wait until our numbers slip below 50%.

In the midst of a race war, there can be no greater folly than impartiality, than the pious rot that “there is only one race, the human race.” Robert Frost once brilliantly described a liberal as a man who will not take his own side in a fight. In a fight to the death, such a policy is suicide.

But when the impartial man has nothing left to bargain with, when he has been reduced to powerlessness and penury, to what will he appeal to preserve his life and freedom? Impartiality? Universal notions of freedom and justice and rights? These are just pleading words unless one has the power to force others to respect them, and the impartial man has bargained all his power away. Pleading alone will not prevent him from being reduced to a slave or a corpse, and that is what we Whites will become unless we start taking our own side, and quickly.

We are Now, Officially, Post-Politics

Wade Michael Page And The “Root Causes” Of The Sikh Temple...

Theatre Of The Bizarre

The Problem With Intellectually Insecure Whites

On the Immigration Reform (Amnesty) Bill

The Gentleman, the Prince, and the Simulacrum