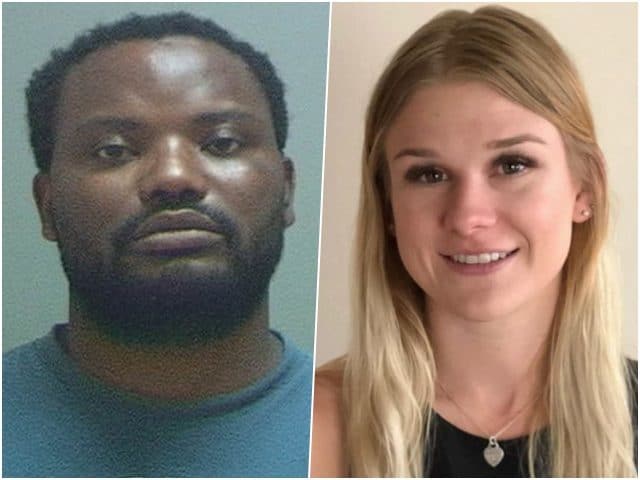 Continuous anti-White behavior modification on a titanic scale results in the death of a beautiful White girl, ignoring her inner voice of self preservation.

A Nigerian tech worker who held a green card to work in the U.S. legally pleaded guilty in court on Wednesday to strangling a Utah college student to death in June 2019, leaving her charred remains in his backyard.

Ayoola A. Ajayi, who first arrived in the U.S. on a student visa, admitted he had planned the death of Mackenzie Lueck, 23, whom he met on a dating app and planned to meet in person at a park, NBC News reported.

Known as a bubbly, nurturing person, Lueck was in a sorority and was a part-time student at the University of Utah studying pre-nursing and kinesiology. She went missing in June 2019 after returning from a trip home to California for her grandmother’s funeral.

After the two went to his home, he strangled her to death, then burned and hid her remains in his backyard while the police and loved ones set off a frantic search party for her.

Ajayi pleaded guilty to charges of aggravated murder and desecration of a corpse in a plea deal he made with prosecutors to remove the possibility of the death penalty.

Prosecutors dropped charges of obstruction of justice and aggravated kidnapping.

He is expected to be served a sentence of life in prison without parole.

Saul Alinsky: A Radical Who Matters

AP Under Attack for Removing Islamophobia, Homophobia from Stylebook

March of the Illegal Aliens