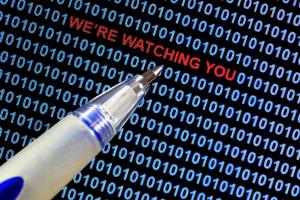 Officials announced federal charges against six men for conspiring to abduct Whitmer — and another seven suspects busted on state anti-terrorism charges for the plot, which involved a militia group called the Wolverine Watchmen.

They set out to “instigate a civil war and engaged in training and planning for an operation to attack the capitol building of Michigan and to kidnap government officials, including the governor of Michigan,” the state’s Attorney General Dana Nessel told a press conference.

Some of the accused had already purchased weapons, conducted surveillance, and held training and planning meetings, but were foiled in part because the FBI was able to infiltrate the group with informants, according to an affidavit of the federal charges.

After kidnapping Whitmer at her Michigan vacation home, they planned to take her to a “secure location” for “trial” — with one saying, “Snatch and grab, man. Grab the f–kin’ Governor. Just grab the bitch,” the affidavit claimed.

The federal charges followed a “serious and credible threat” to kidnap Whitmer, Nessel said — with at least two recon missions on her vacation home.

The group bought an 800,000-volt Taser and night goggles and tested an explosive device wrapped in shrapnel — and mapped out the area around the governor’s property for places to leave explosions “to divert police” when they eventually carried out their kidnapping, US Attorney Andrew Birge said.

One even suggested knocking on her door “and when she answers it just cap her,” the affidavit claimed.

They also met “to pool funds for explosives and exchange tactical gear,” Birge said, with the affidavit saying that “several members talked about murdering ‘tyrants’ or ‘taking’ a sitting governor.”

The six charged with the kidnap plot were Adam Fox, Ty Garbin, Kaleb Franks, Daniel Harris, Brandon Caserta, all of Michigan, and Barry Croft of Delaware. All face up to life in prison if convicted.