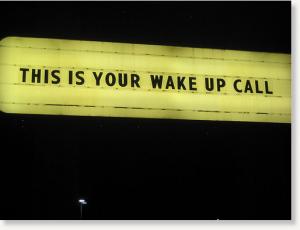 ‘This is the single most frightening poll result I’ve ever been associated with.’

NOTE: Big tech, transnational corporations and independent elites have been financing and logistically supporting anarchist, Marxist and anti-West (anti-White) movements for decades. It has accelerated exponentially ever since Donald Trump became president.

Three of five Americans believe the nation is on the verge of a civil war, and more than half already are preparing for it, according to a new poll.

“This is the single most frightening poll result I’ve ever been associated with,” the pollster, Rich Thau, told Paul Bedard in his “Washington Secrets” column for the Washington Examiner.

The poll by Engagious, Sports and Leisure Research Group and ROKK Solutions found 61% of Americans believe the U.S. is nearing a second civil war. Forty-one percent “strongly agree” with that. And 52% are “so convinced that it is just around the corner, or after Election Day, that they are putting away food and other essentials.”

Bedard reported his column has been following surveys “that have been sizing up the state of the nation and business since the coronavirus crisis hit.” ‘

This one, he said, is the first to “raise majority concerns about a potential war.”

“Predictably, it’s the political extremes who are most ready for war, with 52% of very liberal, 52% of very conservative, 32% of somewhat liberal, 34% of moderate, and 35% of somewhat conservative respondents saying they believe the statement ‘I’m concerned that the U.S. could be on the verge of another civil war,'” Bedard wrote.

The coronavirus pandemic is a contributing factor, he said, because many believe it will spike again, and food and other essentials will become scarce.