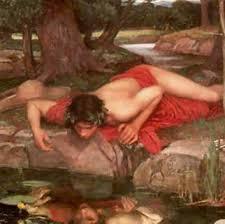 I have been obsessively consuming left wing content for many years. I found out this is actually typical for right wingers. On the Joe Rogan podcast, Jack Dorsey, the CEO of Twitter, noted that right wingers follow left wing accounts, but lefties didn’t follow right wing accounts. We know their mind, and they know nothing of us.

The latest development of leftist thinking is exemplified by Ibram X. Kendi in his book “How to be an anti-racist”. Kendi, whose SAT score “barely cracked 1000” is a tenured professor at Boston University and Twitter donated 10 million to his Anti-Racism Center. Kendi has laid out the anti-racist Doctrine of the Faith. It is based on the idea that unequal results in life are prima facie evidence of racism, of malice on the part of the society designed and managed by white people. Unequal results, on Kendi, have nothing whatsoever to do with choices people make. Statistical differences in test scores, arrest rates, school suspensions, and net worth are all racism and have nothing to do with free will and choices.

The reason I am drawn to leftist content is that I’m addicted to white pills, i.e. causes for optimism. Reading leftist content makes me optimistic because it’s so dumb, and in its more lucid moments, pessimistic about it’s prospects for ultimate victory over white people. They used to believe that white identity would die with the generation that remembered the TV show Leave it to Beaver. Leftists always enjoyed being on the side of youthful rebellion, until very recently. Now a significant cohort of young white men are rebelling against the Left. The video of young men at Charlottesville on August 13, 2017, asserting that “you will not replace us, Jews will not replace us!” seared into their minds that they have lost the youth who matter. They can have the purple haired, gender queer, non-binary freaks. We have the men who keep civilization functioning.

The election of Trump and Charlottesville made the Left lose their nerve and ban right wing and white identitarian content creators on Twitter, YouTube and even WordPress. Refugee Resettlement Watch, a WordPress blog by a grandmother in Maryland that exposed corruption in government contracting and the importation of people who are poorly adapted to Western living for the enrichment of said government contractors, was deleted in 2019.

The mass banning of the right wing was a panic move. It is indicative that the Left has lost confidence in it’s soft power. Banning is itself an exercise of hard power. Going from soft power to hard power is always a bad sign for any political structure.

Banning the Right not only cut off their access to intelligence about us; it also forced them to turn on one another. Liberals who agreed with the Left started getting cancelled, leading to Harper’s magazine publishing an Letter on Justice and Open Debate.

These “smarter” liberals aren’t just concerned with being personally cancelled. They rightly understand that creating a narrow channel of acceptable views will dumb down the Left and set it up for defeat. Cancel culture has forgotten that criticism makes one better and stronger!

The Right is full of people who were shut out of social capital; excluded from institutions. They think we’ll just shrivel up and die without institutional support, because they would. Quite the contrary; we are educating and training ourselves better than the institutions would. When the institutions fail and go bankrupt, we will found new instititions that are by and for ourselves and our posterity. We won’t let hostile elites take them away from us.

Every minute paycheck liberals collect a paycheck for doing nothing of value, they get weaker. Every minute we squat in the bush and make ourselves more useful and knowledgeable, we get stronger.