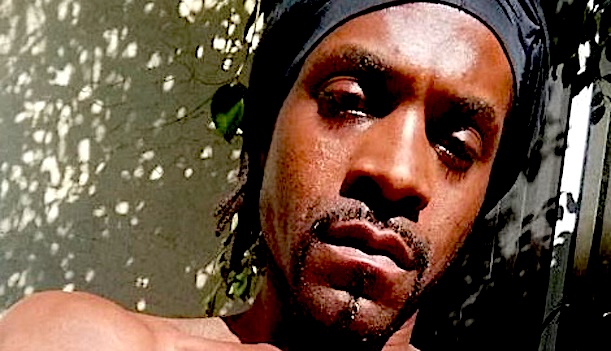 It is 2020. Your enemies are telling you, White America, they want you dead. Do yourself a favor and believe them. Listen. Think. Act.

Thus spake convicted murderer Kori Muhammad, 42, at his June sentencing in Fresno, California. Muhammad drew a life sentence without possibility of parole for the 2017 murders of Carl Williams, Zackary Randalls, Mark Gassett and David Jackson, all targeted solely because they were white. The case passed with little attention from national media, despite relevance to ongoing racial violence.

Kori Muhammed was born Cory Allen Taylor and changed his name after converting to Islam as a teenager. In 1995, Muhammed participated in the Nation of Islam’s Million Man March in Washington. In his social media posts, Muhammad made references to “grafted white devils,” as the Nation of Islam explains, created 6,000 years ago by the mad scientist “Yacub.” According to police, Muhammed also supported a separate country for all “non-white” residents of the United States.

Muhammed believed he was part of an ongoing war between whites and blacks, and that a battle would soon take place. Derek Bavin, a classmate at Fresno City College, recalled that Muhammad would miss weeks of classes then accuse his instructors of being racist. He released hip-hop albums with repeated references to violence between blacks and whites.

Kori Ali Muhammad also boasts a long criminal history, with arrests for weapons, drugs, forgery and making terrorist threats. He was sentenced to seven years in 2008 and released early in 2016. In April of 2017, Muhammad felt “disrespected” by Carl Williams, 25, so Muhammad killed the man. When police sought him for the shooting, Muhammad planned to “kill as many white men” as he could before being caught. So on April 18, 2017, Muhammad drove through downtown Fresno targeting white victims.

When he walked up to a utility truck, Muhammad said in his confession, “I saw a Mexican driver and a white guy. I didn’t want to target the driver because he was Mexican, so I shot the white dude.” The “white dude” was Zachary Randalls, 34, whom Muhammad did not know and, as with all four victims, targeted solely because of his skin shade.

Muhammad encountered Mark James Gassett emerging from a Catholic Charities USA building and gunned him down with a .357 magnum revolver, shooting the victim again after he fell to the ground. Muhammad also encountered David Jackson, 58 emerging from Catholic Charities and shot him dead with the powerful revolver.  On arrest, Muhammad proclaimed “Allahu Akbar,” and when sworn in he raised his right fist.

“This is just a warning,” said Muhammad in an interview with the Fresno Bee. “If America does not treat black people right, it will be destroyed by God.” Muhammed showed no remorse for the killings and told reporters, “I say get over it. There will be no pity party.” Muhammad also discussed his mental illness and that would be an issue in the trial.

Based on examination by a physician, judge Jonathan Conklin found Kori Muhammed competent to stand trial. Prosecutor Brian Hutchins argued that Muhammad’s delusional views are part of his religious beliefs associated with the Nation of Islam. Muhammed’s attorneys withdrew his plea of not guilty by reason of insanity.

“You think COVID-19 is bad, wait till you see what’s coming next,” Muhammad said during the trial. On April 22, the Fresno jury found Kori Muhammad guilty of first degree murder in the death of Jackson, Gassett and Randalls, and second-degree murder in the death of Williams. The jury also found Muhammad guilty on four counts of attempted murder, discharging a gun into a home, and being a felon in possession of gun.

Judge Conklin delayed the sentencing so the murder victims’ families would have a chance to make statements in court. Harold Wagner, stepfather of Mark Gassett, said Muhammad was an “evil coward,” and others lamented the loss of their loved ones. In his own statement, Muhammad proclaimed, “Let black people go with our own land and reparations,” and mocked the victims’ relatives by blowing kisses.

The case drew no official statement from California Gov. Gavin Newsom or attorney General Xavier Becerra, not even as an example of “gun violence.” Like Micah Johnson, who gunned down five police officers in Dallas in 2016, Kori Muhammad targeted victims because of their race, yet media did not describe the quadruple murderer as the racist perpetrator of a hate crime.

Kori Muhammad was held on $2.6 million bail, but if cash bail had been eliminated, as Democrats seek, he would have been free to continue his killing spree. Had Muhammad drawn a death sentence it would never be carried out. In 2019, Gov. Gavin Newsom, reprieved 737 convicted murderers on California’s death row, including serial killers and cop killers.

In California, murderers lives matter more than those of their victims. Californians can expect more racist violence from those whose delusional beliefs are associated with the Nation of Islam.

“People don’t appreciate the black man,” Kori Muhammed told the Fresno Bee. “We built pyramids and trade routes and made great nations. We are the first to walk the Earth and we will be the last to walk it.”

Why I Still Don’t Feel Bad Over the Charleston Killings

Virginia County Focusing on Impact of Illegals on Resources

Neocons: The Bane Of America