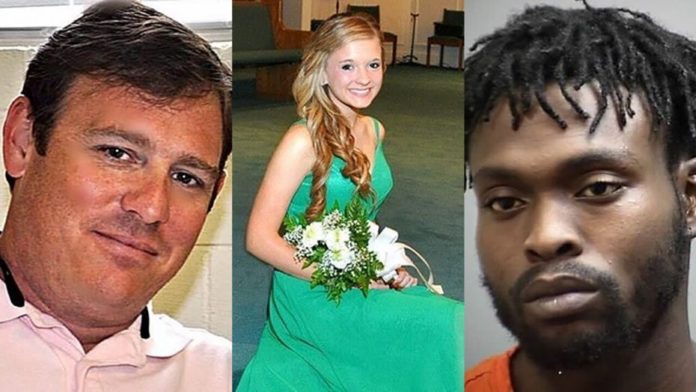 Crickets from the media. Wrong template.

A South Carolina college student and her stepfather were shot dead on the front lawn Monday in a road rage-related attack after a minor fender bender in the driveway.

Laura Ashley Anderson, 21, and Charles Nicholas Wall, 45, were killed outside a home in Georgetown, S.C., which was recently purchased by Anderson, where she expected to begin her new adult life.

Ty Sheem Walters III, 23, allegedly rear-ended Wall as he turned into the driveway of the home near the intersection of Indian Hut Road and Highmarket Street, just off of U.S. 521, around 5 p.m., according to the Georgetown County Sheriff’s Office. He then allegedly got out of the vehicle and shot Wall, Anderson, and another person, WPDE reported.

“I’m having to bury one of my children and my husband. It’s such a freak thing. I don’t know why this would happen. I just don’t understand,” Kimberly Wall, Anderson’s mother and Wall’s wife, told WMBF. “It’s just devastating. I don’t know how we’re going to go forward.”

Anderson was in the front yard waiting for Wall to arrive to drop off a spare set of keys. After just moving in, she was selling an old set of bunk beds online and had realized she was locked out when she came to meet the potential buyer outside her house, Lynn Lambert, a close friend of the family, told WPDE.