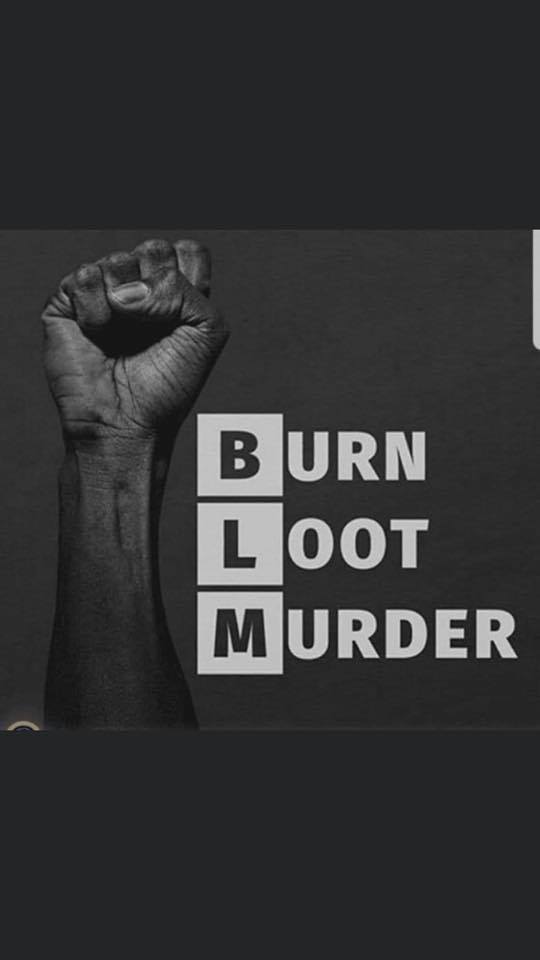 “Let the leftist cities burn,” some people say. Initially, I was one of them.

However, the Cultural Revolution taking place isn’t stopping in Seattle or New York. According to the latest census data, Kenosha, Wisconsin’s population of 169,000 is 76 percent white and only 7 percent black. The city is prosperous, boasts a streetcar system despite its relatively small size, and hosts several museums and cultural attractions. It’s not Chicago, Baltimore, or Portland. Nonetheless, it was in flames last night because enforcing the law against blacks is politically impossible.

Police shot a black man, Jacob Blake. Video clearly shows Mr. Blake defying police orders and attempting to enter his car. Obviously, police did not know if Mr. Blake had a gun in the car or if he intended to run them down. Several tweets with the clip have already been taken down. It’s unclear whether Twitter itself did this or users did. The person who posted this clip says the shooting was unjustified. Judge for yourself.

TRIGGER WARNING: Police Shooting Black Man in Kenosha, WI. He is getting into his vehicle and they shoot him several times in the back.

PLEASE RETWEET. I am only seeing this story on a local level because the news is current refusing to cover it.#BLM#JusticeForJacobBlake pic.twitter.com/oWpG2xDjcX

There have been numerous cases when attackers shot police who allowed them to reach into their cars. These cases have nothing to do with race. It’s simply common sense that you can’t allow a suspect to reach into a car, either to grab a weapon or take control of a vehicle. You can’t let suspects get out of a car without being told to do so. Even cases that start normally can turn into deadly confrontations. You also can’t rely on a taser or physical restraint to prevent a suspect from firing a weapon. Even in Mr. Blake’s case, officers tried physically preventing him from entering the car before they fired.

For those saying the cops should have just tased the man or they shouldn’t have shot him when he ran around the front, this is what happens if he was going for a gun.pic.twitter.com/GjwEkMvzB6 https://t.co/9jNHbT3nAF

In one infamous case, Andrew Howard Brennan, a Vietnam war veteran suffering from PTSD, murdered Deputy Kyle Wayne Dinkheller. (Both men were white.) Dinkheller wasn’t aggressive enough, allowing Brennan to reach into his car and grab a rifle. Dinkheller was even calling Brennan “sir” before he was murdered. Some instructors have reportedly used this video to train police officers. The state executed Brennan for his despicable crime.

Given everything that’s happening today, Mr. Blake may have thought officers would be too restrained to shoot him. A recent study showed police officers are more hesitant to shoot black suspects than white suspects, possibly because they don’t want to become media targets. They almost certainly felt threatened. It makes no difference to most media. The headlines are variations on “police shoot unarmed black man in the back.”

Whether there were kids in the car is irrelevant, except possibly to show Mr. Blake’s contempt for their lives. Mr. Blake has a criminal record. There was an outstanding warrant for his arrest. (In 2015, a black man named Jacob Blake injured a police officer and was subdued with help from a police dog. Though the ages reportedly match, we can’t confirm with absolute certainty this was the same Mr. Blake.)

Wisconsin Gov. Tony Evers, a Democrat, released a statement which said that, while he didn’t have all the details, he did “know for certain. . . that he is not the first Black man or person to have been shot or injured or mercilessly killed at the hands of individuals in law enforcement in our state or our country.” He also said that “we will demand” action to fight “the racism in our state and our country for far too long.” He’s already called a special session to investigate law enforcement. The Milwaukee Police Association said he’s “pushing a false ideology” without knowing the facts. It’s hard to disagree.

I’m standing with everyone who believes justice must be served in this horrific case and too many others like it.

Yesterday, Jacob Blake was shot seven times in the back by police. His kids watched from the car. Today, we woke to grieve yet again.

We need a full and transparent investigation. https://t.co/9X7l25nq8d

Jacob Blake should not be fighting for his life right now.

As @JoeBiden said, there must be an immediate investigation and the officers involved should be held accountable.

Jacob, our nation is praying for you and your entire family. https://t.co/F4CSs6JnjS

Last night, rioters looted stores and spray-painted “BLM.” They lit cars on fire and caused explosions. Armed paramilitaries stopped police officers. If such violence came from the Right, Waco would look like a traffic stop.

This is insane. BLM rioters armed with semi-auto rifles have shut down the street in #Kenosha and ordered a Sheriff’s vehicle to stop. Video by @livesmattershow. #BlackLivesMatter pic.twitter.com/cDhmOBG1p9

A whole car lot was set ablaze overnight in the #BlackLivesMatter riot in Kenosha, Wisc. pic.twitter.com/ZNGtqFEOa0

Kenosha rioters have knocked a police officer out with a brick. pic.twitter.com/cEkwqxO9w8

Protesters are still out and about in Kenosha Wisconsin. Reports say that looting has begun. Unofficial reports say that #JacobBlake is still alive and may be in stable condition (unconfirmed). #jacobblake #justiceforjacobblake pic.twitter.com/hrACBOL7zm

The National Guard is in the city and there’s a curfew tonight. But will there be the political will to enforce it? I suspect not. Joe Biden said the gunshots “pierce the soul of our nation.” America is not a nation. It’s a crumbling multiracial empire. It also may not have a soul. How many politicians demanded action when a black man executed five-year-old Cannon Hinnant?

Few care about the officer injured with a brick last night, the businesses destroyed, and the people who will suffer because one criminal thought he didn’t have to obey the law. This can’t go on. We can’t function if routine police-work against blacks regularly leads to rioting and violence. We can’t waste our national life babysitting these people. We need a divorce. We need a place of our own.