Home Issues Family An Opportunity to Rebuild the Extended Family 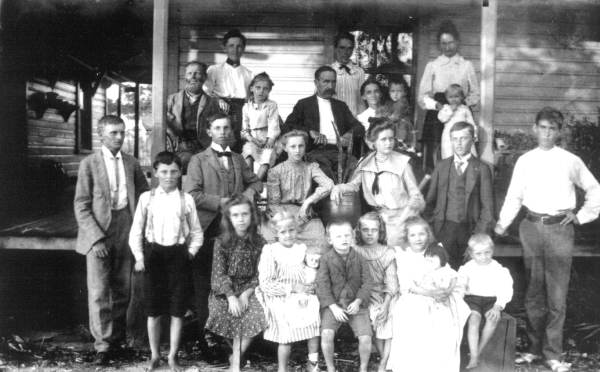 Right now there is a moratorium on evictions, but rent still accrues and will come due — in full — when the moratorium expires. We have record high unemployment.

One doesn’t need to do much math to understand this is going to lead to a wave of evictions and possible homelessness.

But I have been thinking about this, and I think it may represent a golden opportunity to fix a much larger problem.

Our system of corporate employment expects people to be infinitely mobile — to go to where the jobs are. This also generates gobs and gobs of consumption.

I did the math at one point on two spouses working and it turns out that except for rare cases, whichever spouse made the least money is better off growing a garden after taking extra vehicle, clothing, lunch etc. costs into account.

This isn’t a radical new idea. All over the country you can see old farmhouses that were repeatedly added on to over the years to accommodate more and more people — family — living in them. And many retrofitted “multifamily” homes are made by walling in what use to be doors, because those homes used to house one big extended family. Though that may be a bit too close for some of us, it is still good to live in the same town or just down the street from extended family.

Given the impending problems with evictions and unemployment, now would be a great time to start the discussions and do the planning to make that move and re-create extended families living more closely together, and perhaps start offering a skill, service or product out of the home.

It used to be that people did business out of their homes. A seamstress worked out of her living room, a welder had his shop out back, a lawyer had an office attached to his house.

All over America you can still see buildings with retail on the first floor and residences above. My maternal grandparents had such an arrangement — their business on the first floor, and they lived on the second and third.

This arrangement reduces costs, turns homes into centers of production rather than consumption, makes people more antifragile and more.

Instead of allowing the fall-out from the pandemic lockdowns to destroy, use it as an opportunity to rebuild: to rebuild extended family, and to rebuild family business.

Sen. Schumer Proposes $350 Billion COVID Aid Package, But Not for...

Samuel L. Jackson: I Voted for Obama BECAUSE HE’S BLACK

Sex: It’s a Matter of Class