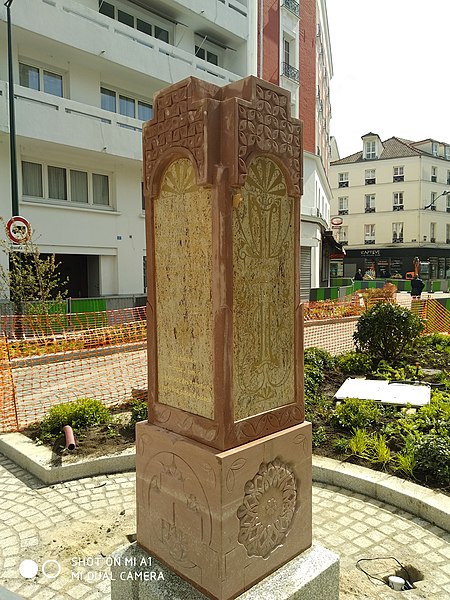 The Apostles of Epic Evil are unabashedly inconsistent with their own stated principles. Instead, straight out of Rules for Radicals, they attempt to turn our own principles against us as a form of suicide pact. Little by little, we on the Right have understood that you cannot give your enemy the benefit of principles to which your enemy does not himself adhere. And as we have stopped treating our enemies as merely misinformed “friends,” we have finally started to make inroads in culture and politics for the first time in decades.

Of course, the Leftist-Globalist-Corporatist Axis of Evil does not have principles as such. Instead, they have ambitions. Anything that advances their ambition is undertaken, no matter what principles must be overthrown.

The Left was long a champion for the First Amendment, especially when it pertained to flooding local convenience stores or the Internet with pornography, making sure open communists could attain tenure in colleges, or they could use it to remove Christian symbols from graves or town property. But now that they are in a position where the First Amendment is being used to challenge their hegemony, they are looking for every possible excuse to set the Bill of Right on fire, and burn it into nonexistence.

Though the principles of the Axis of Evil do not really exist and hence appear inconsistent without regard to their words, their goals are clear and never waver. Anything that can possibly be used to advance the cause of white genocide or the destruction of our traditional freedoms is seized upon and played to the utmost.

Gab is a small competitor of Twitter whose distinctive selling point is free speech. By way of contrast, Facebook and Twitter have employed tens of thousands of people in what they call an “election war room” dedicated to bringing about Leftist and Globalist results in the upcoming election by systematically limiting and de-platforming anyone opposed to their agenda. Gab has no such efforts in place, allowing free-wheeling discussion that includes all aspects of the spectrum ranging from Jewish feminists and Neocons all the way to neo-Monarchists and the nationalist right.

Twitter and Facebook actively colluded to try to deny Bolsonaro the election in Brazil, whereas Gab gave all candidates and their supporters free rein.

Of course, Gab is dramatically different from these other platforms in other ways as well. WHO pays for Twitter and Facebook? Advertisers. WHO pays for Gab? Its users. This is fundamental because with Facebook and Twitter, you get the service for free because YOU (and all your personal info) are the PRODUCT whose attention and information is provided to the people who pay them. (Including shadowy government agencies.) In contrast, with Gab, you are the CUSTOMER. Gab just recently raised over $1M from its regular users to pay for its expansion. Though powered by a dedicated personality in the personage of Andrew Torba, what makes Gab possible is that its users appreciate free speech strongly enough to support it with their wallets.

Free speech is a problem for our enemies, because for decades they controlled virtually all press and could control outcomes of elections by controlling the information available that people could use to make decisions. With the Internet, that control started to break down. Though there has long been an effort, spearheaded by the Anti-Defamation League, to remove websites or alter search algorithms, the enemies of freedom went into full-blown panic with the election of Trump in 2016. Though Trump is certainly not “our guy,” he is opposed to the Leftist-Globalist plantation, so his election sent shock waves throughout the Leftist-Globalist Axis of Evil and the Deep State. They discovered that free speech online is not merely a fringe threat, but poses a very real threat to their hegemony.

What had started with banning and shadow-banning a handful of right-wing accounts on Twitter has expanded into full-blown efforts to keep anyone opposed to our own extinction from having a voice on the Internet. This has extended to de-monetizing Youtube creators, having Paypal and Stripe shut down merchant accounts, having domain registrars lock down domains, having web hosting companies shut down service, and even de-listing Roosh’s relatively innocuous books from Amazon.

This attack is quite comprehensive, and although couched in other terms (such as fighting nonexistent “Russian bots”), it is becoming quite obvious. But their attack should tell you two important things: first, they are scared. Second, they are scared because we are still in a position wherein, by getting the truth to people, we can throw a wrench in their gears. It is still possible to engage the system to change the system.

Please note something important. Black people with accounts on Facebook and Twitter have literally [url=https://www.youtube.com/watch?v=bD7tW4nrj-Y]live-streamed their torture and murder of a disabled white person[/url] while screaming racial epithets – with zero consequence to those platforms. Live streamed murder is a surprisingly common occurrence. Examples include [url=https://www.indiatoday.in/world/story/ohio-facebook-murder-live-stream-cleveland-shooting-971809-2017-04-17]this[/url], [url=https://video.foxnews.com/v/4940706124001/?#sp=show-clips]this[/url] and [url=https://www.bangkokpost.com/news/general/1241102/facebook-murders]this[/url]. (Warning, these links describe horrible things.)

These platforms routinely tolerate and spread outright advocacy of white genocide in strident and gloating terms, and as I write there are nearly 200 death threats against the President live on Twitter. Yet, despite routine use of these platforms in everything from bullying people into suicide to twisted parents live-streaming the murder of their own kids, nobody has ever threatened to pull the plug on them.

The difference is obvious: Twitter and Facebook have Leftist-Globalist policies that favor our genocide and the destruction of meaningful freedom, whereas Gab favors (gasp!) the First Amendment. Because our side is the side of truth, beauty and goodness, anything that allows free speech will ultimately swing in our direction because people gradually change their views to resolve the cognitive dissonance that demonstrable reality creates when contrasted with lies.

Although it is portrayed in enemy media that Gab was taken down due to the fact one of its hundreds of thousands of users committed a crime, keep in mind that there were already ongoing efforts to take down the platform under the flimsiest of pretenses, and that other platforms such as Facebook have routinely hosted the accounts of mass killers without consequence. Let there be no mistake: Gab is attacked because it has the audacity to allow free speech.

In other words: The advocacy of our enemies has been identical, with absolutely no change.

The same can be said regarding myriad other reactions in the wake of the temple shooting. President Trump immediately denounced the behavior of that individual in strong unambiguous terms. Unsatisfied with that, President Trump has been called upon by a group of Jewish rabbis to “denounce” “White Nationalism” as a precondition for speaking to them. Once again, no new tale to tell.

The biggest aspect of this demand is the deliberate and repeated conflation and linkage of any sort of pro-European-American advocacy with murder. This is absolute garbage. The percentage of pro-European-American advocates who commit violent crimes is lower than the general population. Every other People on this planet are nationalists for their own people. Multiculturalism ALWAYS, everywhere in the world, ends up with ethnic violence, but there is no linkage that nationalism in and of itself leads to imperialism or ethnic conflict. And the same applies to nationalism for white people. If anything, white nationalism is CAUSED by ethnic conflict, not the other way around.

Furthermore, the rabbis are demanding something pointless. For those who are unaware, President Trump’s son-in-law is Jewish. Jared Kushner is not merely Jewish, but such a strong Israeli partisan that the Israeli Prime Minister has literally slept in his bed, though not at the same time. The President’s daughter is a Jewish convert, and his grandchildren are Jewish. I think it is intuitively obvious that Donald Trump has no plans to throw his daughter and grandchildren into gas chambers. The rabbis are fully aware of this, so their demand has nothing to do with reality, and instead what they are asking the president to do is give them more propaganda erroneously and maliciously linking pro-European-American advocacy to murder.

Keep in mind what white nationalism is: It is the advocacy that white people have a right to exist, and resistance to our own genocide. At this point, non-Hispanic white people are only 57% of our population, and advocacy of non-white immigration is de-facto advocacy of our genocide, and at least with some people, specifically intended to accomplish that goal.

So what is the proposed “solution” (or dare I call it “The Final Solution”) to “white nationalism?” Naturally, the solution is white genocide. The same thing they were already working toward. There was already an open letter sent to Congress from 1,200 rabbis demanding [url=https://www.hias.org/1000-rabbis-sign-letter-support-welcoming-refugees]uncritical acceptance[/url] of unlimited “refugees.” Even though the long-standing child separation policy was intended to protect kids from being trafficked for sex, [url=https://www.truah.org/press/open-letter-from-jewish-organizations-on-family-separation/]27 Jewish organizations[/url] called to end it. Just go to Google and type in “rabbis immigration” without the quotes to get an idea of how pervasive support for our demographic extinction is among rabbis.

Obviously, rabbis do not represent all Jews, and advocacy of White genocide is nothing new – it goes all the way back to the Kalergi Plan to flood European countries with other races and dumb them down to be tractable to a certain predominantly Jewish aristocratic class. Today you can find everyone from bitter cat ladies to jealous social workers to smug black politicians demanding our genocide.

So the renewed demands for our genocide, broadcast loud and clear for all to see on Twitter and even in the New York Times, just like the renewed demands to demolish our Bill of Rights, are No New Tale to Tell. The ambitions haven’t changed – the only change has been the excuse-of-the-day for justifying them. Tune in three months from now, and they’ll have a new excuse.

YOUR job is to make sure they don’t succeed in their ambitions. We aren’t asking a lot from a few people. But as my friend Frank Roman says, we are asking for a little from a lot of people. Join us.

We are Now, Officially, Post-Politics

The Land of Obama Make-Believe

High Incarceration Rate Of Blacks Is Function Of Crime, Not Racism

We Did It to Ourselves

52 Farm Attacks and 9 Farm Murders in South Africa in...

Political Terror Is Coming To America Whether Trump Wins Or Not