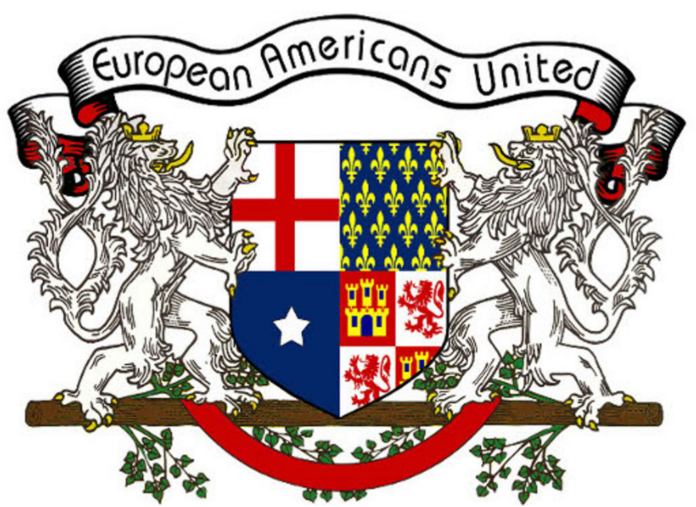 The misinformation and disinformation circulated about White Americans is a continuation of a drastic re-education program that is being forced on European Americans of all backgrounds, whether they support European Americans United goals or not.
Is anti-White racism actually a moral and even spiritual disease that will require more in addition to just changing laws and reforming institutions? Does the cure to finally eradicate anti-White racism also demand profound changes in how we see each other as a people, ultimately requiring a transformation of kindred, racial hearts? Decades of vicious propaganda has finally culminated into what we are seeing now in 2020, a phenomena that goes well beyond unseating Donald Trump or honoring the dime-a-dozen thug George Floyd.For the last fifty five years at least, nearly every aspect of our society is infused with anti-White bigotry. Laws have been changed on behalf of every well funded non-white / anti-West group on paper and in the halls of power, while regression for the descendants of the founders of this Nation has exponentially increased through multiple societal and political vectors. This begs the question: How far will those solutions to “end racism” take us? For example, tearing down statues hasn’t made life better for a single person in the country. It’s part of destroying White America by trying to erase history. (If you’re wondering why the media seems to support the anarchists engaging in wanton destruction on the streets of America right now, in part it’s because a good number of the masked criminals are establishment-connected “scholars” and “journalists” by day.)

After slavery came Jim Crow. After Jim Crow was abolished there arose Reconstruction followed by the twin phantoms of deliberate mass incarceration and “institutional racism.” In spite of the fact that it was White men who eliminated slavery and made decades of amends for these tribulations, right up to enacting the Civil Rights Act for example, it has never been enough.

They felt the “disease” of White racism, as they call it, simply found new ways to thrive, mutating its form to “infect” our educational, judicial, health, economic and other institutions and systems in ways  overt & covert  that they believe continue to persist today. In other words, powerful apologists for blacks have made it clear that they will not permit a candid discussion of black social pathology unless it is blamed on white racism.

Moreover, our anti-White enemies (both black and White) “understand, at a visceral level, that the attitudes and understanding underlying our Constitution and Bill of Rights are something that could never have come from anything BUT white men” (J. Young) and it must now all be changed to accommodate THEM. Indeed, whatever mistakes our folk might have made in our past, they have not only been corrected, but they’ve been overcompensated for. Now Whites are victims of pervasive racism in 2019-20 at levels never seen before, with many discovering what most blacks are really like; seeing them up close every day in an environment where they are in the majority and given free reign by their institutional puppet masters.

(NOTE: We urge our Folk to vigorously and lawfully defend themselves should the need ever arise.)

So how should we look at all of this? Is a spiritual, as well as logistical remedy now needed to help alleviate the effects what is at its core a moral and spiritual disease of pedestrain anti-White racism? The sad fact that so many other Whites support this sickness answers the question on its own. (In fact, we should call these White traitors “mentally black.” Their skin is White, but they hate themselves, which is defined as ethno-masochism.)

Although our people set the standard for a strong viable civilization, our humanity as European Americans is not just a collection of laws or social regulations. Internecine squabbles aside, we are defined by Nature as a common nobility as spiritual beings with a shared history and shared blood, with roots in our past and an unlimited destiny before us. While finding strength in our unity, might recognition of our essential identity help bring about the transformation of our kindred human hearts that no change in law could ever achieve on its own? We think so.

Urge others to join a different kind of activism  one that welcomes every perspective in a search for the truths that unite us as a People  as we discuss and explore and ACT on the spiritual and historical perspective offered by European Americans United by persuing the remedy of anti-White racism, especially among our own kind. Urge others to join us as we scrutinize how centering our ethics-based beliefs and actions on the oneness of European Americans; that which can lead to a restructuring of society, a Nation within a Nation, that could finally alleviate, if not cure, the one true culturally acceptable disease: self hate.

====
(NOTE: Due to a recent spike of requests to join European Americans United, we urge incoming and current members to use Proton Mail in order to secure all communications. ProtonMail uses client-side encryption to protect email content and user data before they are sent to ProtonMail servers, unlike other common email providers such as Gmail and Outlook.com. Its servers are located deep underground in Switzerland. We ask current members to let us know if and when you change your email.)

UK: BNP is “set to make embarrassing inroads” in Sedgefield

“Obama’s Momma” Versus “My Momma”

The Epic State of Mind