The sheer irony here is that the majority of these Western ‘leaders’ are directly responsible for allowing their respective nations to become Third World dumping grounds for the very barbarians they now claim to publicly oppose. It is they who helped create Muslim ‘no-go’ zones. It is they who indirectly facilitate the sex grooming of young Western girls. It is they who allow White innocent citizens to be beaten, crippled and killed just because they’re non-Muslim. It is they who describe sensible nationalists who wish to safeguard the destiny and culture of their own people as ‘bigots and haters.’ It is they who suppress freedom of speech through the terrorism of political correctness. It is they who have sent thousands of troops to their deaths in needless Muslim wars only to allow the very enemy they were fighting to enter their nations under the guise of ‘tolerance.’ If the people of France in attendence were truly healthy these ‘leaders’ would have been immediately detained and held accountable before during and after the Paris free speech march. 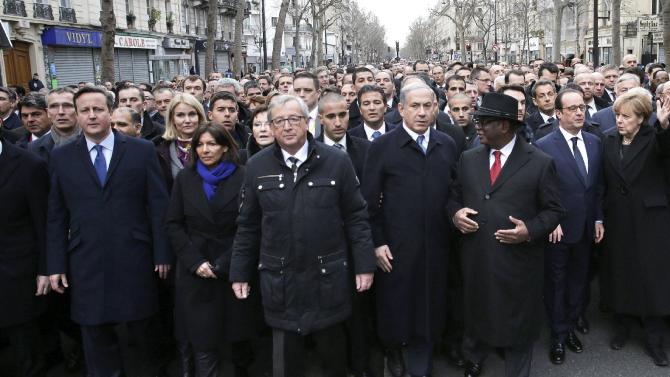 And then there’s our “leader:”

Its All About Money: YOUR Money

O.J. Simpson Guilty of all Charges in Nevada

AZ Governor Brewer Has A Few Words For President Obama

Judge to Release 1,000 Illegals From Detention Due to Overcrowding